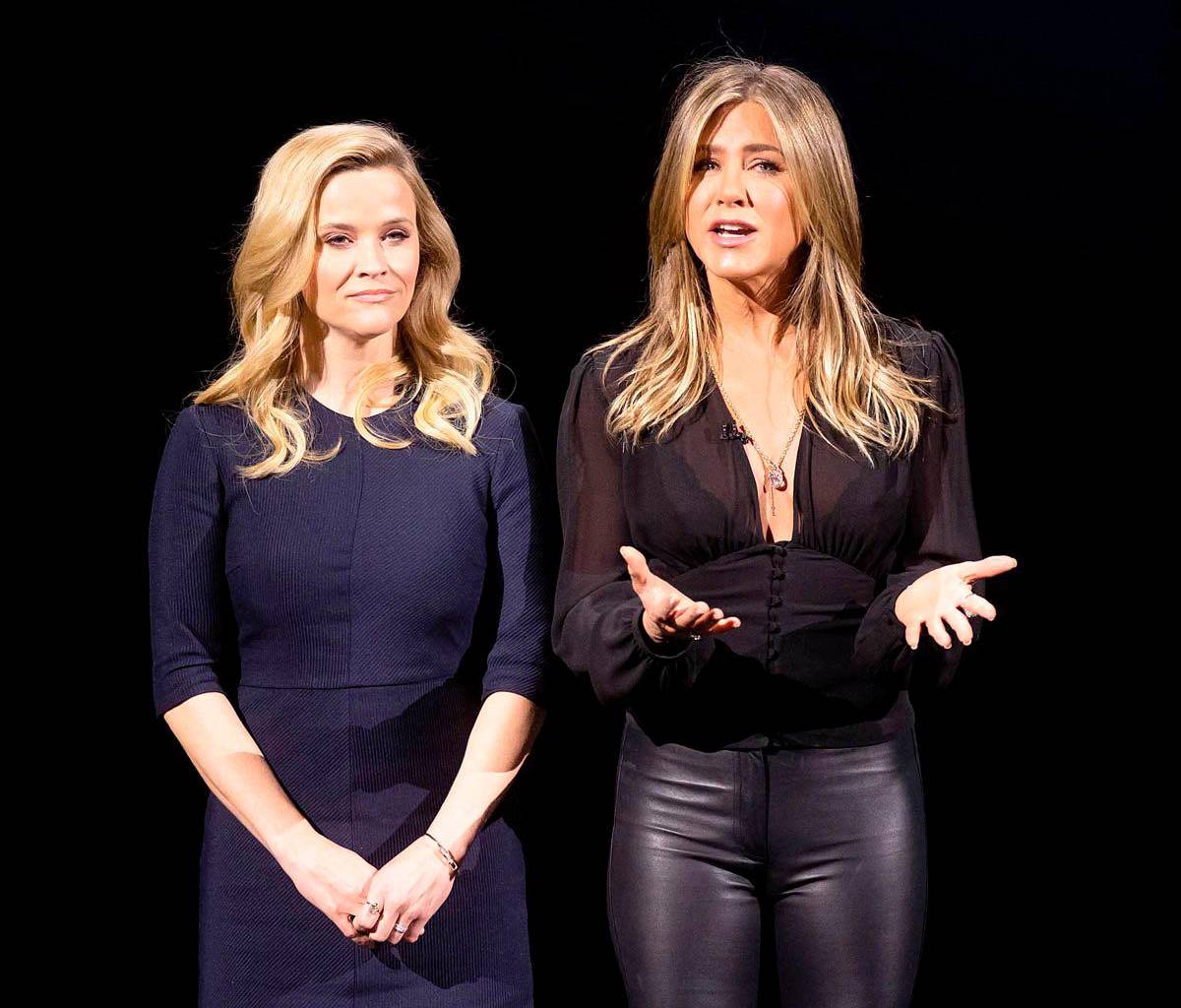 Apple is a rookie in 'streaming', but for its premiere on television has not resorted to first timers: Jennifer Aniston, Reese Witherspoon and Steve Carell are the stars of the series 'The Morning Show', the big bet for the launch of Apple TV +

On November 1 will begin the journey of this digital platform with which the apple giant enters fully known as' wars of 'streaming' https://www.diariolibre.com/ ": the tough competition between large companies of entertainment for the online television business.

There, Apple TV + aspires to plant battle to the current dominator (Netflix) and not to be intimidated by new rivals (Disney +) with series of luxurious production and cast as 'The Morning Show'.

Metate television and with a clear feminist component, this series focuses on the day to day of a morning news and entertainment program, a genre of enormous tradition and prestige on the small American screen.

Alex (Aniston) and Mitch (Carell) form an ideal professional couple that every day enters millions of homes through television, but his program and their lives jump through the air when he is accused of sexual harassment.

"The series existed before the #MeToo movement happened," Aniston said at a press conference in Los Angeles (USA).

'The series was going to reveal the media world of New York and the ins and outs of the morning shows. But then #MeToo happened, the conversation changed dramatically and we simply incorporated it into the show (…). We wanted it to be raw, honest, vulnerable, messy and not 'black and white', obviously, 'said the actress, who is also an executive producer like Witherspoon.

It is convenient to review the achievements and fame of the cast to get an idea of ​​the level of stardom that Apple TV + has gathered for its debut.

'The Morning Show' is the first leading television role for Aniston since 'Friends', but its popularity remains intact over the years: it opened its Instagram account last week and already has 15.9 million followers.

For its part, Witherspoon has become an essential beacon for women in Hollywood under a clear premise: if the industry does not give you good roles, create them as a producer.

He triumphed with 'Big Little Lies', in front and behind the cameras, and already prepares for Hulu 'Little Fires Everywhere', two examples of why last week he was chosen by The Hollywood Reporter in 37th place of the 100 most powerful people from Hollywood (ahead of it, there is no actor and actress: only producers, directors, screenwriters or executives).

And Carell continues to be one of the most beloved actors in the United States since his unforgettable role of Michael Scott in the surrealist and still very often comedy 'The Office'.

Returning to 'The Morning Show', the relationship between Alex and Bradley (Witherspoon), an intrepid and emerging reporter with ease to get into trouble, is key in this series.

'A few weeks ago, a journalist asked me:' The dynamic between Alex and Bradley is not that of 'Thelma and Louise' (1991) and neither is that of 'All About Eve' (1950). Then what is?' And I was like: 'Do you know that there are about 7,000 types of relationships that can exist between women? This is one of those 7,000 that has never been explored "https://www.diariolibre.com/," Witherspoon argued.

'What I see really interesting about our characters is that Alex has existed in a system that barely made room for her. She felt fortunate to be the only woman in that space. But my character arrives and says: 'Wait a moment. A woman alone is not enough. There has to be more "https://www.diariolibre.com/," he added.

With a tone that can remind of the brilliant liveliness and intensity of Aaron Sorkin ('The West Wing'), 'The Morning Show' also includes Billy Crudup and Mark Duplass in his cast, and half of his ten episodes have been directed by Mimi Leder ('Pay It Forward', 2000).

And with a second season already confirmed by Apple, Witherspoon also highlighted the value of digital platforms to favor diversity in television.

'The idea that' streaming 'services have empirical data that the public wants to see people of different ages and backgrounds, validates our audiences and creates an opportunity for new voices and new storytellers to appear. I am greatly grateful to these streaming services: they have changed my entire career, ”he said. EFE