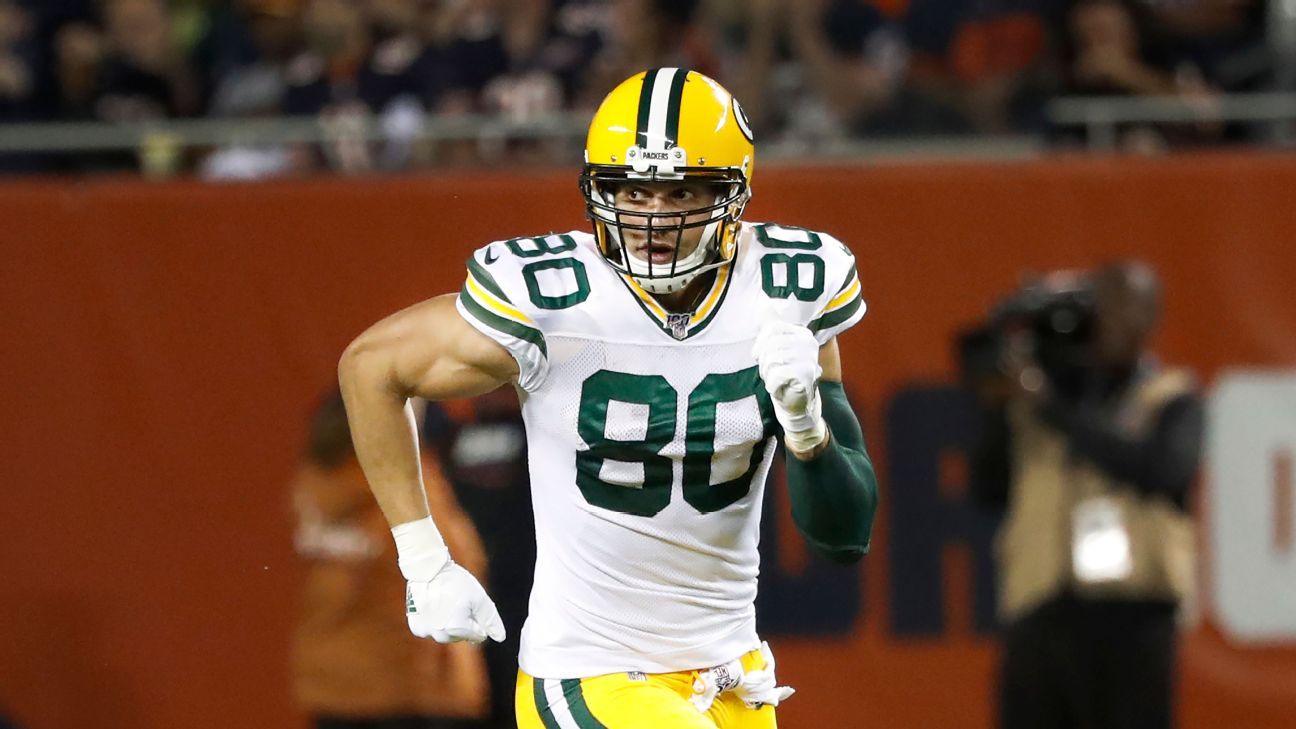 GREEN BAY – Tight end Jimmy Graham has posted on social media about his “next shot” amid reports that the Green Bay Packers are planning to release him.

ESPN has reported that the Packers will part with the five-time Pro Bowl player on Thursday.

“The past two years have certainly been interesting.”

The last 2 years have certainly been interesting! A lot of memories, friendships and humbling moments that I will carry with me into the next opportunity. Thank you for the support during our exciting run this year toward that ever so elusive ring. ✌🏽 pic.twitter.com/7tQf7eQtzC

The move would save the Packers about $ 8 million in space under the salary cap ahead of the start of free agency next week.

The 33-year-old Graham caught 38 passes for 447 yards and three touchdowns last season. He had 55 catches for 636 yards and two touchdowns in 2018, his first year with the Packers. He signed with Green Bay after catching 10 touchdown passes for Seattle in 2017.