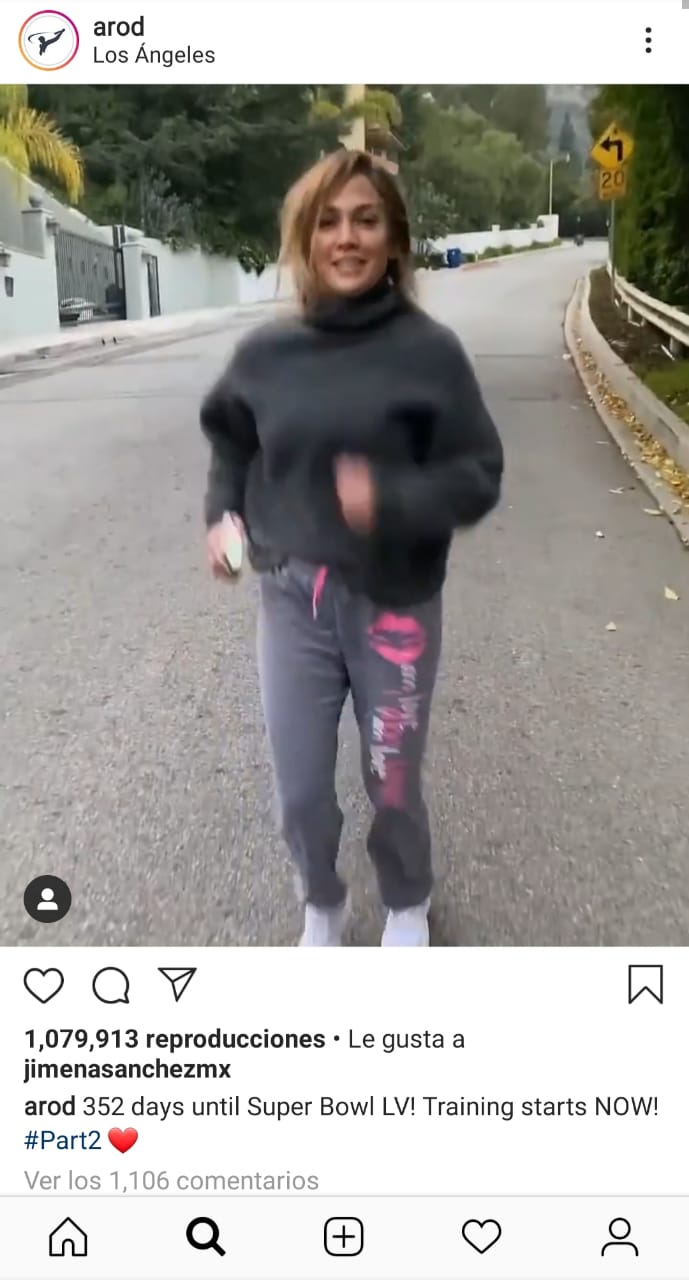 JLo appears exercising on a video on Instagram Her boyfriend, Alex Rodriguez, exhibits her more fabulous than ever The publication has already exceeded one million views

A video shared by former baseball player Alex Rodríguez on his official Instagram account, blew up social networks, as it shows his fiancee, actress and singer JLo, exercising, although with an image that we are not accustomed to seeing from her.

Jennifer Lopez is more fabulous than ever, but with a lot of attitude while running up the hill and throwing some blows into the air at the same time as the song Gonna fly now by Bill Conti, which appeared in the Rocky movie, starring Sylvester Stallone.

“352 days until Super Bowl LV! The training starts now! # Part2, ”writes Alex Rodriguez in this post that has already exceeded one million views. We must remember that JLo had an outstanding participation with Shakira in the LIV Super Bowl halftime show, so the fact that Alex Rodriguez has written this can be taken as a probable surprise for next year.

In the video, JLo receives words of encouragement from his partner, such as “Yeah” and “Go”, repeating them several times, to end with two revelations: “Ok, I’m tired” and “Let’s take a nap.”

The reactions of the celebrities soon arrived, highlighting that of Tom Brady, quarterback of the New England Patriots, who wrote: “100 100”.

Also, the couple’s followers did not hesitate to write to them, without taking into account the facades of Jennifer Lopez, who was wearing baggy pants and sweatshirt and not a drop of makeup, nor that Alex Rodriguez was already tired of exercising: “She is so adorable, “” Okay, I’m tired, I’ll take a nap. ” Jen is so cute, “” Oh my God, I love you guys so much. “

A user did not stand the urge to ask if JLo will act again in the Super Bowl, but someone replied: “He is joking, nobody is twice in the headlines”, although a user made a valuable contribution to this concern: ” It is not common to happen in consecutive years, but it has happened before. Gloria Estefan three times, Justin Timberlake (once with NSYNC) and Nelly have acted twice. ”

Good wishes to both JLo and Alex Rodríguez from the people who were delighted with this video continued to accumulate: “I love you Alex and JLo. May you always be very happy ”,“ She is amazing !!! @jl you are an inspiration ”,“ Divine always ”,“ For her, there are no words like ‘stop’ or ‘don’t do it’. She never gives up, it’s my motivation, “” I love you both. “

One user was infected by Jennifer López’s energy: “My motivation to start running again”, while another did not hesitate to call her as her favorite hero: “Superwoman @jlo”.

On the other hand, an admirer addressed Alex Rodríguez: “Your girl is lovely even with pants,” while another also made an observation to the former baseball player: “She is literally Rocky !!!”.