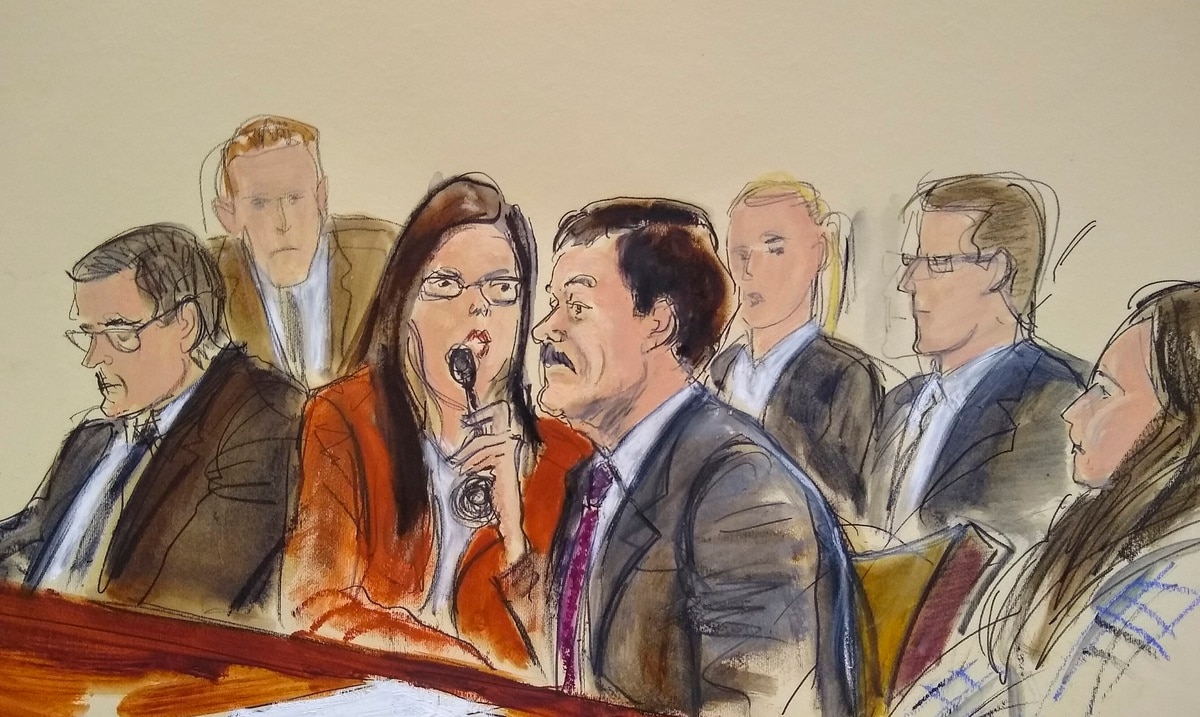 Lawyers for Joaquín “El Chapo” Guzmán said Monday that the conviction imposed on the Mexican drug trafficker in 2019 should be overturned because members of the jury read press articles that prejudiced them towards Guzmán.

Attorney Marc Fernich argued before a three-judge board of the New York Second Circuit Court of Appeals that the alleged misconduct by jurors should be investigated.

A juror told a journalist anonymously in February 2019 that jurors read media reports about the case while the trial was taking place. The judge had asked them not to do that, so Fernich said Monday that the jurors violated the judge’s orders.

Fernich also said that Guzmán’s trial was not fair because the confinement to which “El Chapo” was subjected prevented him from working effectively with his lawyers in preparing his defense.

Guzmán, a former leader of the Sinaloa Cartel, was convicted of conspiracy to traffic drugs at the end of the trial and later sentenced to life in prison. He enjoyed an almost mythical fame after escaping from jail twice in Mexico, the second through an open tunnel in the bathroom of his cell. He was recaptured, extradited to the United States in 2017, and placed in solitary confinement.

His lawyers claim that many of the evidence presented at trial is invalid. Additionally, some of the newspaper reports that jurors allegedly read, Guzmán’s lawyers say, are about allegations of sexual abuse by Guzmán that were excluded from the trial. Reports allegedly said that Guzmán had abused girls whom he referred to as “vitamins” that gave him energy.

Fernich pointed out that these articles provoked prejudice or hostile attitudes on the part of the jurors towards Guzmán and therefore the trial was not fair. If that matter is not investigated, Fernich said, at least the judges should request a hearing to discuss the matter.

“You cannot allow that to be unexamined,” Fernich said at the hearing.

Judge Brian Cogan, who presided over the trial, decided that the evidence of jurors reading media reports was not enough to cancel the process.

At trial, Guzmán’s lawyers argued that he served as a scapegoat for other drug traffickers who knew how to bribe Mexican politicians and police chiefs to protect them.

According to the appeal, “Guzmán’s prosecution was altered by excesses and excesses, both governmental and judicial, unnecessary resources if he were really a capo de capos as his opponents insisted.”

The attorneys for the United States government stated at the hearing that “El Chapo” met with his attorneys about 20 hours a week to prepare for the trial and that the jail where he was staying made special arrangements to facilitate those meetings and allow Guzmán to have access. to the evidence that his lawyers gave him.

Guzmán’s lawyers are calling for a new trial for “El Chapo.” The appellate court’s board of judges did not issue a decision on Monday.