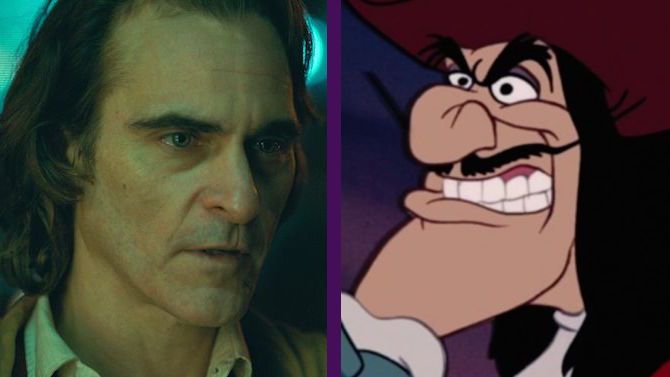 Not too long ago, rumors jumped that Margot Robbie (Birds of Prey) was being tested for the iconic role of Tinker Bell in the real action version of Peter Pan that Disney prepares – and will be titled Peter Pan and Wendy. Well, it seems that another important actor associated with DC Films could have his role in the film, embodying nothing less than Captain Hook. We mean nothing less than Joaquin Phoenix. Joaquin Phoenix (Joker) could be the next actor to play Captain Hook. (Image: © 2019 Warner Bros. Entertainment Inc. All Rights Reserved. TM & © DC Comics / © Walt Disney Pictures) More As we have known thanks to The Illuminerdi, the 45-year-old Puerto Rican – who could take the Oscar for Best Actor this Sunday by Joker – would have received Disney’s offer to give life to the arch-enemy of the eternal teenager created by JM Barrie. Mind you, we are talking about a formal signing proposal that, however, has not yet been re-negotiated or confirmed by the actor’s representatives – so that everything could be left in borage water. It remains to be seen how much of the magic of the animated classic of 1953 retains this new version (especially after the criticism that the Mulan remake has received for eliminating the supernatural component of the story), but thanks to The Illuminerdi we have had access to the official descriptions of these new versions of Hook and its First officer, Smee – and we must admit that they coincide with what we all have in mind: Captain Hook: an unstable, dramatic and menacing swordsman, who seeks revenge on Peter Pan for cutting off his hand and feeding it to a crocodile. When Hook kidnaps Wendy’s brothers, John and Michael, he uses them as bait to lure Peter Pan. Smee: a crewed man with a big gray beard, Smee is Captain Hook’s main assistant and a servant who will do anything to please to his captain. We must point out that this would not be Phoenix’s first collaboration with the Walt Disney Company, since in 2003 he lent his voice to Kenai in the lively Brother Bear. Directed by David Lowery (Peter and the Dragon), written by Toby Halbrooks and Loewry himself, and produced by Jim Whitaker, Peter Pan and Wendy have their filming start scheduled for April 13 in Vancouver – and should be completed by the end of August. The film does not have a planned release date and it remains to be seen if, as some rumors claim, it will land in the newly released Disney + streaming service. More stories that may interest you: