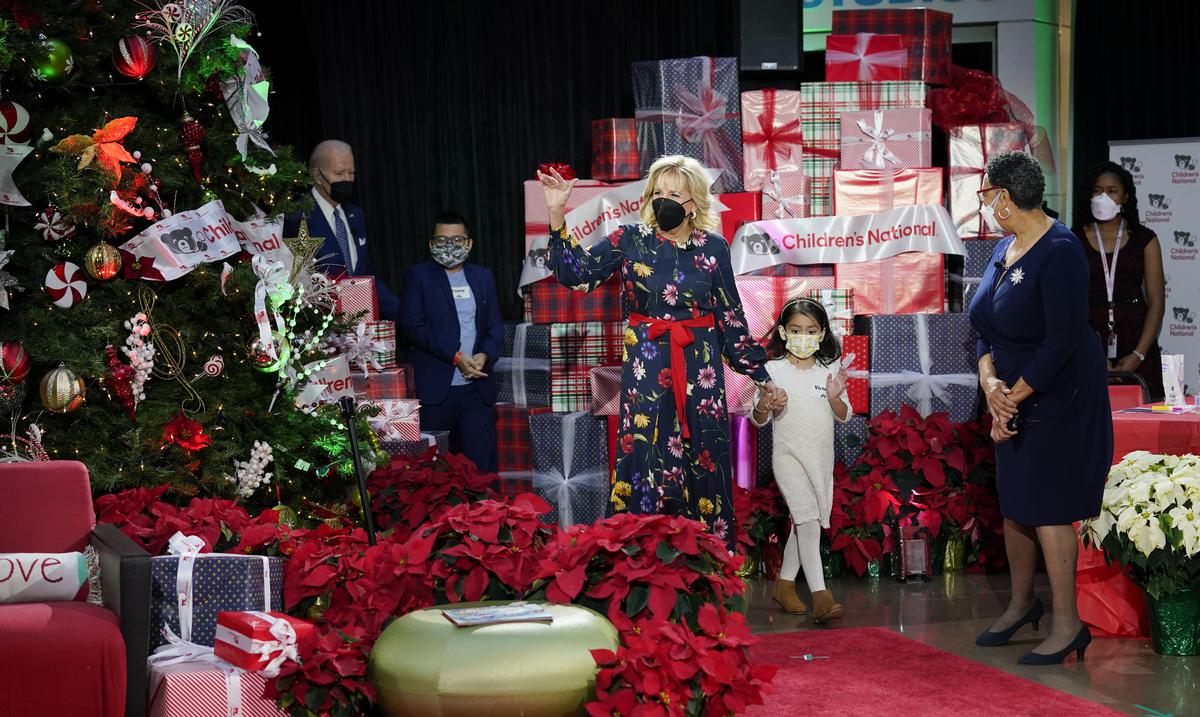 Washington – US President Joe Biden and First Lady Jill Biden brought some Christmas cheer to hospitalized children who are not well enough to go home for the holidays.

It is a long-standing tradition for the first lady to visit the National Pediatric Hospital on Christmas Eve, but the president’s presence was a surprise. It represented the first time a sitting president has joined in the fun, the White House reported.

It wasn’t the only tradition the president joined on Friday. Jill Biden answered calls from the North American Aerospace Defense Command (NORAD) Santa Claus tracking service, another longstanding tradition for the American first lady, and was accompanied by the president for the calls.

At the hospital, the presidential couple spoke with a group of children making lanterns as part of a winter craft project, asking each other what to draw on their lanterns. Some drew their family, snowmen, or other figures related to Christmas.

They both spoke with a boy who said the hospital “helped me when I was sad.”

“We hope to bring you some joy today,” Jill Biden replied.

The president added: “You are giving us joy, friend.”

Biden also pulled out his phone to show the children pictures of his new dog, named Commander, a nearly four-month-old German shepherd puppy. The dog joined the family this week and was seen playing with a handler on the South Lawn of the White House early Friday before the presidential couple left for their hospital visit.

The president and the first lady sat by the hospital’s Christmas tree, where Jill Biden read to the children “The Night Before Olaf’s Christmas,” an activity that was broadcast to hundreds of children in their hospital rooms.

The Walt Disney Co. provided copies of the book to each patient so that they could follow along with the first lady. The tradition of the annual hospital visit by the first lady began with Bess Truman, who performed the function from 1945 to 1953.

Back at the White House, the couple concluded their Christmas Eve celebrations by answering calls to NORAD, as they watched Santa Claus pass over the United Arab Emirates on route tracking screens. They took three generally pleasant calls from kids and parents, though one parent ended a conversation with the president by wishing him Happy Holidays and adding, “Come on Brandon!” before hanging up. The phrase has been widely used by conservatives as a substitute for a more vulgar insult against the president.

However, Biden did not seem to grasp the father’s intention and replied, “Come on Brandon, I agree” as the call came to an end. The White House did not respond to a request for comment on Biden’s response.