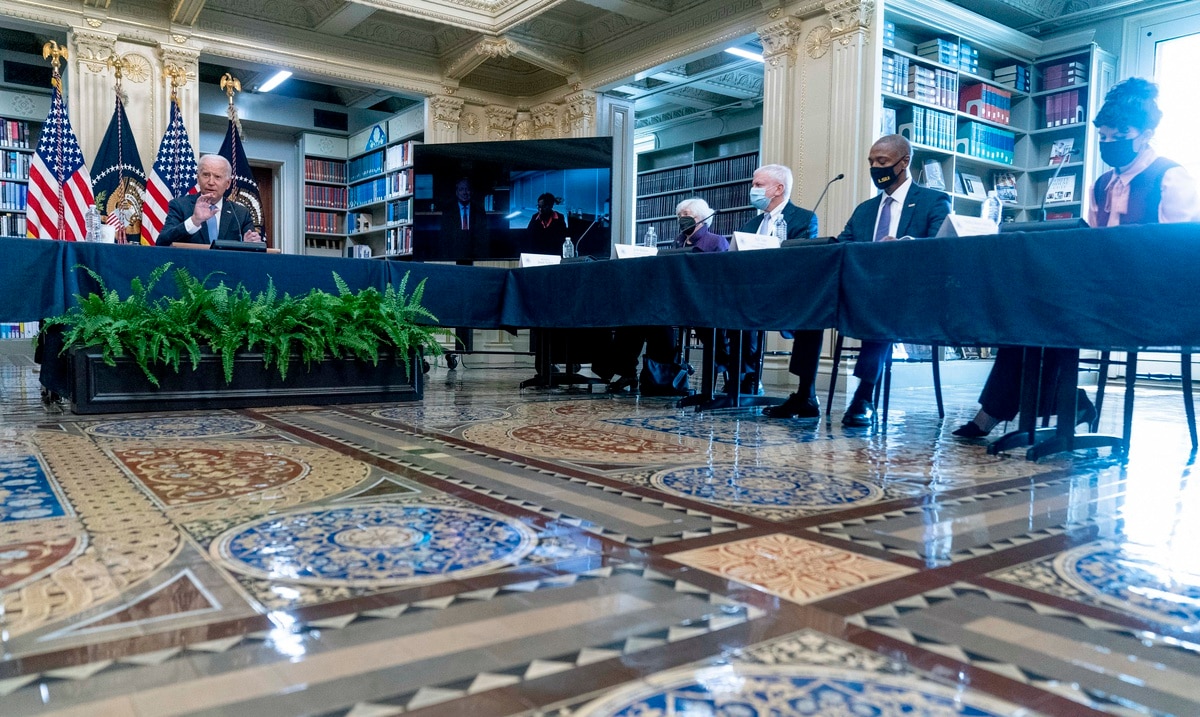 Washington – President Joe Biden met at the White House Wednesday with the CEOs of Walt Disney and Columbia Sportswear, as well as other executives and business leaders, to discuss the newly announced COVID-19 vaccine requirement. by your government for all companies that have at least 100 workers.

The meeting was organized days after Biden announced that the Labor Department is outlining a plan to make companies with 100 or more employees make full COVID-19 vaccination mandatory or show a negative test result at least. once a week.

Some 80 million workers would be subject to the requirement, according to the president.

Biden said it will take “a little time” for the department to implement the new requirement along with other health policies, but noted that employer actions to improve the vaccination rate in the country are already underway.

The president noted that Fox News, where several hosts have harshly criticized his policy, has required its employees to report their vaccination status and require tests from unvaccinated staff.

Biden announced this and other steps as part of a campaign by his administration to curb the delta variant of the coronavirus, which is responsible for a sharp spike in infections, hospitalizations and deaths in the United States.

54% of the population is already fully vaccinated against COVID-19, according to official data.

The president has lashed out at the millions who remain unvaccinated, despite the fact that the injections are free and widely available. “We have been patient, but our patience is wearing thin and his refusal has cost us all,” Biden said.

Some business groups, including the Business Roundtable, have praised the president’s initiative, while some Republicans accuse him of overstepping his authority and threaten to sue the administration over mandatory vaccination.