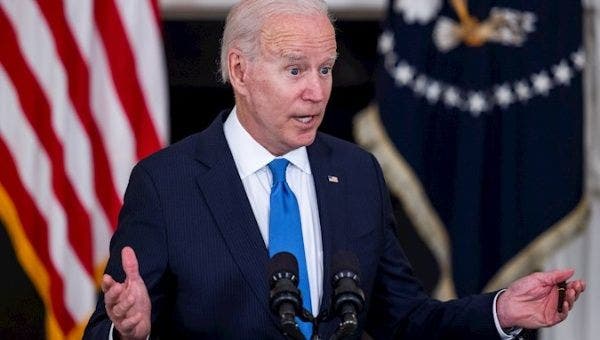 Washington / New York – The government of President Joe Biden supported on Wednesday a proposal that several countries have presented at the World Trade Organization (WTO) to suspend the intellectual property of vaccines against COVID-19, when the United States already has 250 million doses administered.

The announcement was greeted with sharp falls in the shares of the pharmaceutical companies Pfizer and BioNTech, as well as Moderna and Novavax on the Wall Street stock market.

Biden made good on his campaign promise to endorse the suspension of patents, but he has only done so when the vaccination rate in the United States plummets and the country is in the grip of tens of millions of doses yet to be administered.

It was the representative of Foreign Trade of the United States, Katherine Tai, who reported that Washington considers it necessary to increase the production of vaccines to end the pandemic worldwide, despite making it clear that it continues to believe “firmly” in the protection of the intellectual property.

“This is a global health crisis and the extraordinary circumstances of the COVID-19 pandemic call for extraordinary measures,” argued Tai.

Biden’s decision comes after days of intense debate within the government, which has come under pressure from some business groups and pharmaceutical giants in the United States.

The pharmaceutical sector opposes the temporary suspension of patents because it believes that it could damage its business model. Furthermore, it claims that it will not solve the distribution problems in the short term, because very specific means and technical know-how are needed to produce the anticovid vaccines.

The White House chief epidemiologist, Anthony Fauci, responded to the announcement by stating in a statement to Politico that the United States has “a moral obligation as a rich country to … help those who would otherwise die.”

India and South Africa, supported by dozens of developing nations, have been asking the WTO since October last year to suspend patents for COVID-19 vaccines, tests and treatments so that they can be produced in other countries.

Until now, the United States and other producers of these drugs, such as the European Union (EU), the United Kingdom and Switzerland, have opposed the suspension of patents, claiming that intellectual property works as an incentive for the development of vaccines and other products against this and future pandemics.

WTO members are currently evaluating a new proposal from India and South Africa, the exact content of which has not been revealed, but which they hope to win the support of hitherto reluctant countries.

Specifically, that proposal could include strict time limits on the period in which patents would be suspended, WTO spokesman Keith Rockwell explained today at a press conference.

Immediately after the news was known, the titles of these companies collapsed in the market, although they later managed to partially recover from the lows marked before the end of the trading session on Wall Street.

Moderna, which for most of the day had registered slight advances, closed with a fall of 6.19%, while Novavax lost 4.94% and the German BioNTech fell 3.45%.

Pfizer, an ally of the German laboratory in the vaccine, also fell sharply in the first instance, but managed to recover the green and ended the session with a minimal advance of 0.05%, far from the price that it had marked for much of the day.

The US group, precisely, had announced the day before a strong increase in its profits during the first quarter of the year thanks to the sales of the vaccine against COVID-19, which has already become its main source of income.

Pfizer obtained between January and March about $ 3.500 million with its vaccine and said that in the whole of the year it expected to enter about $ 26.000 million taking into account the contracts signed so far.

The United States has already vaccinated 148.5 million people (44.7% of the population) with at least one dose, of which 107.3 million (32.3%) are already fully inoculated, according to the Centers for Disease Control and Prevention (CDC). , in English).

In the North American country there have been no restrictions on access to the vaccine since April 19, which is accessible free of charge to everyone over 16 years of age.

The vaccination rate has fallen from a maximum average of 3.4 million a day on April 13 to 2.1 million as of this Wednesday.

Currently, the United States accumulates more than 70 million doses distributed to the states and still unmanaged of the Pfizer, Moderna and Johnson & Johnson vaccines.

In addition, it has millions of stored doses of the AstraZeneca vaccine, which has not received approval in the United States.