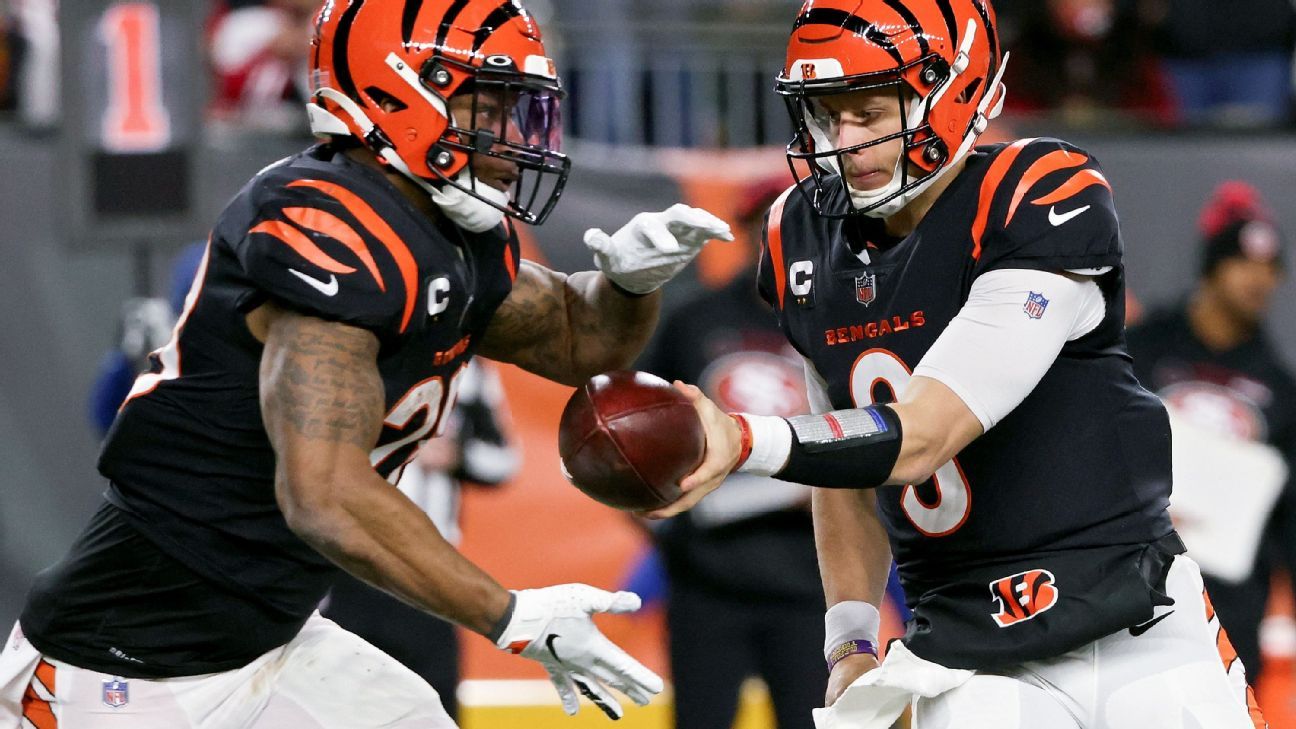 Mixon tested positive for COVID-19; Burrow will rest heading into the postseason.

CINCINNATI – Bengals running back Joe Mixon tested positive for COVID-19 on Wednesday and will not play in Sunday’s game against the Cleveland Browns, league sources told ESPN’s Adam Schefter.

Mixon ranks second in the NFL this season with 1,205 rushing yards on 292 attempts, an average of 4.1 yards per carry, with 13 touchdowns, which is the fourth-best among running backs. He has also caught 42 passes for 314 yards and 3 touchdowns.

He joined Hendrickson and rookie wide receiver Ja’Marr Chase as Pro Bowl selections for the first time this season. The Bengals (10-6) clinched the AFC North title last Sunday to clinch their first place in the playoffs since 2015.

Burrow, who has started all 16 games this season, said he hopes to practice this week. He has thrown for 4,611 yards and 34 touchdowns with 70.4% of his passes completed, the best in the NFL.

“You can have a little break at this point in the season,” Burrow said. “You know, we play a lot. Bodies are starting to wear down a bit. (I want to) rest this week and get my body where it needs to be so I can regain all my strength running the way I need to for Week 1 of the playoffs. “.

The Bengals (10-6) are currently in third place in the AFC seeds, having secured the AFC North. They have two scenarios in which they could clinch the AFC’s No. 1 seed, and both require a win against the Browns along with losses to the Titans and Chiefs. Additionally, Cincinnati would also need the Bills to defeat the Jets or the Patriots to lose or draw against Miami.