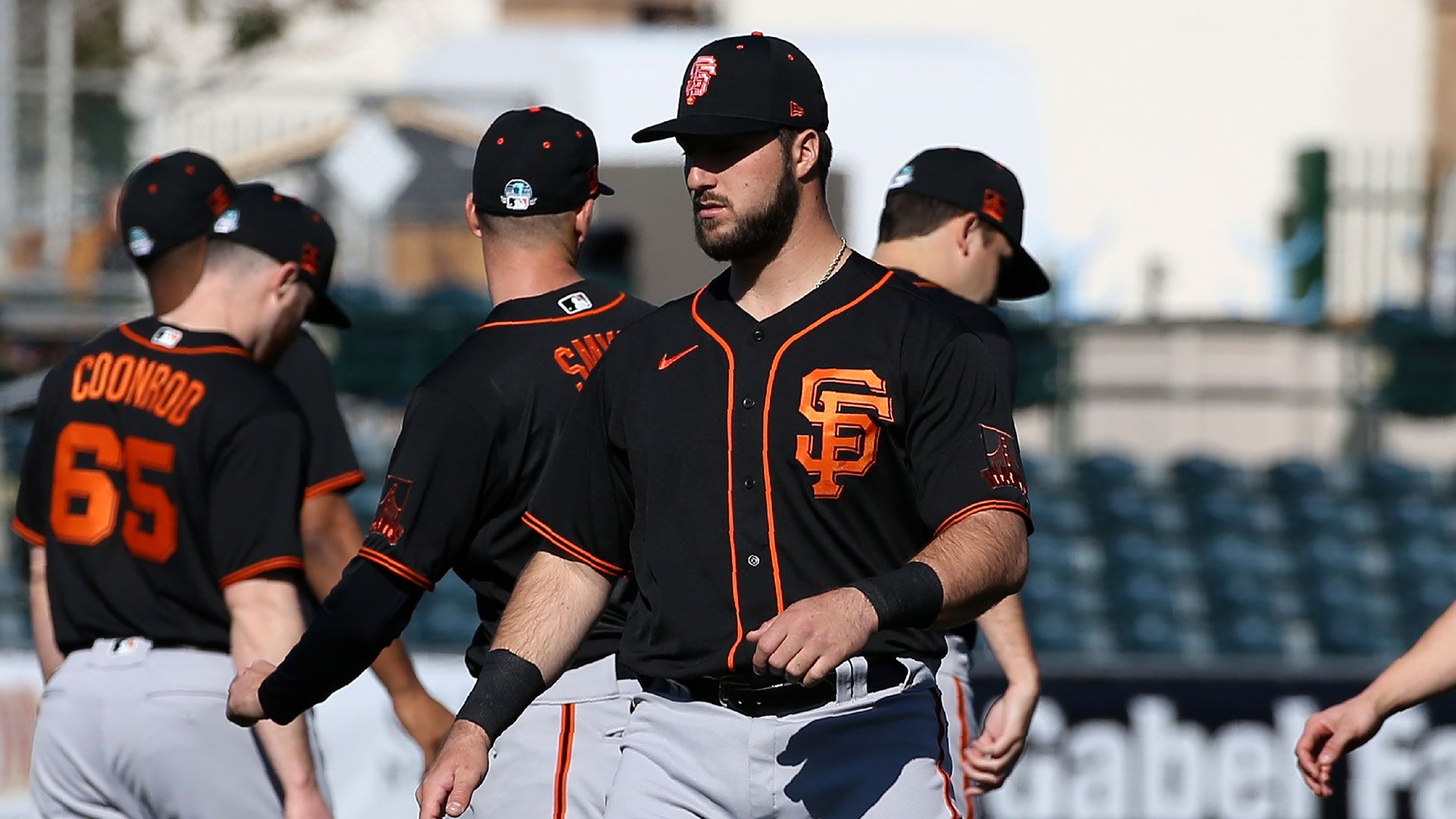 Joey Bart lost the battle between two former Giants first-round draft picks Friday, and then he lost his spot in the lineup.After taking what was a very questionable called third strike against Brewers pitcher Phil Bickford – San Francisco’s 2015 first-round pick – in the ninth inning of a tied spring training game Friday, Bart was unable to contain his frustration and let home plate umpire Ryan Blakney hear it. Before Giants manager Gabe Kapler could intervene, Blakney sent Bart to the showers.It wasn’t for a lack of trying on Kapler’s part. He just wasn’t able to get there in time. “I just had a conversation with [Blakney] about why not get my attention? “Kapler told reporters after the 5-5 tie.” I was trying to get his attention and have a conversation so that Joey didn’t have to be a part of that. “Alas, Bart’s day ended slightly earlier than the rest of his teammates’. Kapler didn’t mind the young phenom’s passion in expressing his displeasure, but also believes now is the right time for Bart to work on finding the proper balance. “I think fire is good, I think intensity is good, I think all of those things can and should be channeled, “Kapler said.” In particular, in a spring training game while we’re competing to the best of our ability, it’s a good time to practice both the intensity that you talked about and maybe patience. “[RELATED: Giants burned by four-man outfield shift, but won’t change]As Bart works to achieve that balance, he doesn’t need to change much about his approach. The rookie backstop has been one of the Giants’ top hitters thus far in spring training, going 6-for-13 at the plate with a 1,330 OPS. High-A – Bart has the look of being a perennial fixture in the Giants ‘lineup, and it might not be much longer before that is the case.Joey Bart’s ejection shows where Giants’ top prospect must improve originally appeared on NBC Sports Bay Area