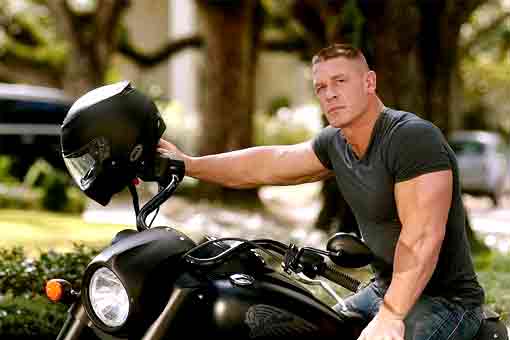 Whenever a new actor is added to the saga, he has to earn the respect of his teammates and this is what happened to John Cena in Fast And Furious 9.

The movie Fast And Furious 9 has finished filming and WWE actor and wrestler John Cena (Fighting in Family, Bumblebee) talks about the experience he has lived joining this successful and long-lived film franchise.

“The global connection that the franchise has with its fans and the respect that the franchise has for its fans does not resemble anything I have seen before. It allowed me to really see the absolute analytics of the project through the people who have worked about 20 years on this. It really is a family atmosphere, there is a lot of respect for the franchise, there is an expectation of delivering something big to the fan base, and it has been like no other experience I've been to. You have to earn respect in many ways, but once you do you are absolutely welcome unexpectedly into the family. It has been very, very special, and I am very lucky. ”

It will be the substitute for Dwayne ‘The Rock’ Johnson.

When The Rock and Jason Statham starred in the Hobbs and Shaw movie (which is a spin-off of the saga) it was already announced that we would not see them in Fast And Furious 9. That is why they have decided to find an actor to replace him and have bet by John Cena, who is also a WWE fighter and his roles are usually a mixture of rough action and a touch of humor.

John Cena now that he has finished filming Fast And Furious 9, will start with James Gunn's Suicide Squad. Another group movie, but this time it's from DC Comics villains. Without a doubt, it is a very important year because his film career will definitely take off.

He studied Audiovisual Performance of Shows and Television at the Foundation for Audiovisual Teaching. He completed a Master in Graphic and 3D Design.