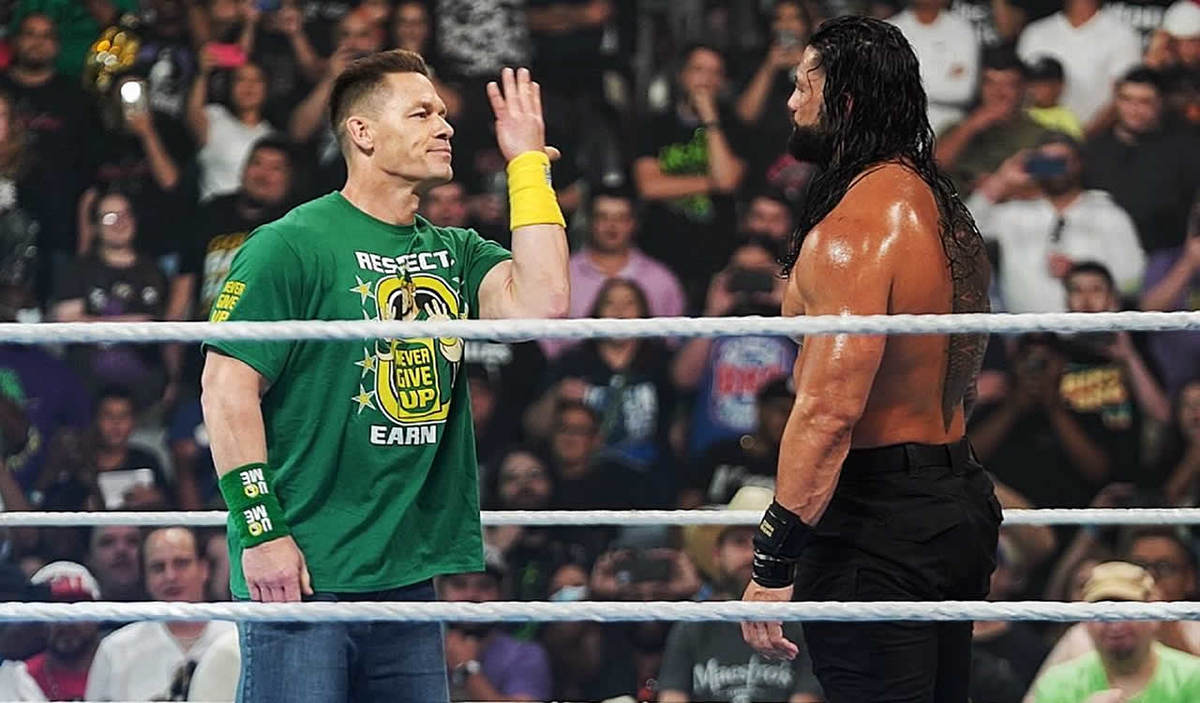 The ovation of the year! Loved by some, detested by others, but never indifferent. John Cena returned to WWE this Sunday at the end of the Money in the Bank event and the Dickies Arena in Texas exploded for one of the most epic receptions in history, especially as The Marine is spending less and less time wrestling.

A spectacular function that WWE mounted this Sunday, with a stellar event that will remain in the memory, but it was just when Roman Reigns celebrated his victory against Edge that the unmistakable music of the 16-time world champion sounded to the shouts, applause and even tears of the almost 20 thousand fans.

Focused on various film projects in Hollywood such as Fast and Furious 9 and The Suicide Squad, Cena has been moving away from the ring in recent years, but weeks ago he had hinted that sooner or later he would be back in WWE, something that He fulfilled this Sunday when it seemed that Roman Reigns no longer had rivals at his height.

And it is that The Head of the Table defeated Edge in the main fight, although it was when he was closest to losing his reign that goes in 322 days and counting. It was his former teammate from The Shield, Seth Rollins, who saved him by directly attacking The Rated R Superstar by “taking away his place” as an official challenger for the Universal Championship.

Rollins also had his chance to become Mr. Money in the Bank, but it was Big E who got the most coveted briefcase in WWE because it guarantees its owner a world championship match at any time he wants for the next 365 days. .