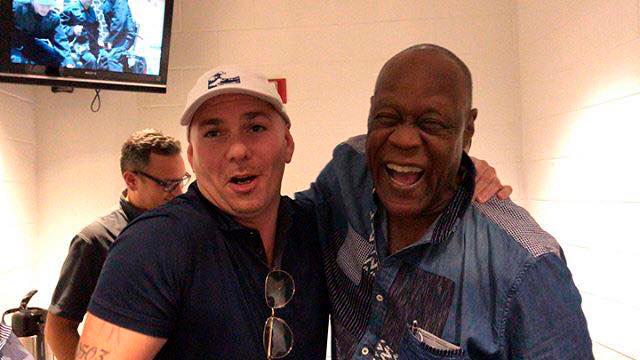 The music of veteran merenguero Johnny Ventura has enchanted generations, and it is not surprising that artists also profess his admiration.

The "Caballo Mayor", Johnny Ventura, shared a video with Cuban-American urban artist Pitbull on Friday where "Mister 305" told him what his favorite song from Ventura's long repertoire is, and is "Capullo y Sorullo", a classic by It tells the story of a marriage of nine white children where there is a black child, and the outcome is that "the black is the only one of yours."

“I knew that @pitbull liked my music, but I didn't know that his favorite was Capullo and Sorullo. Would you like an Ft. Between the two of us? #JV #JohnnyVentura #ElCaballoMayor #Pitbull @maffio, ”wrote Johnny Ventura accompanying the video, while the fans responded that they should do that musical gathering soon.

The video, although recently published, corresponds to the essays of the Lo Nuestro 2018 Awards.

Pitbull is noted that he likes the music of the "Caballo Mayor" and of course the merengue, because he sang a piece of the song with his performer with a lot of 'seasoning'.

Watch the video above.