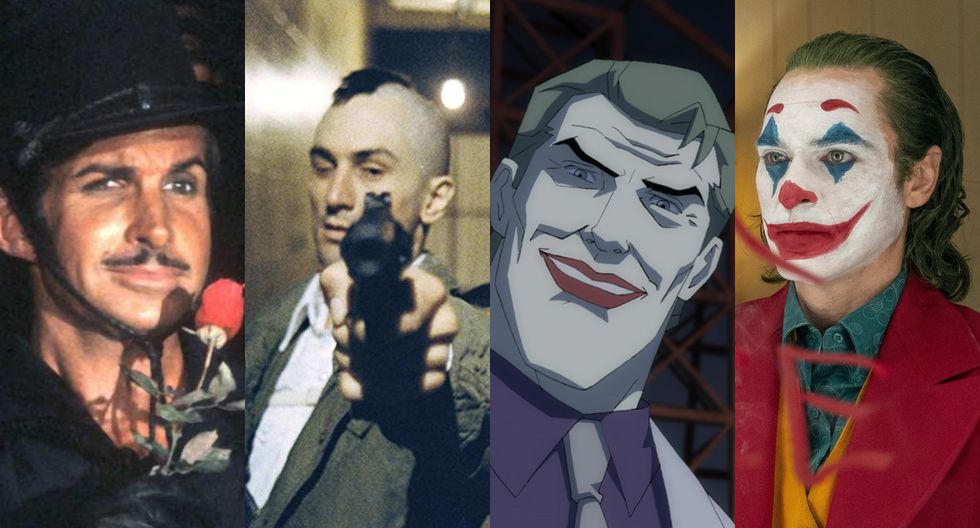 Since its premiere on October 4 in the majority of the world’s halls, “Joker” by Joaquin Phoenix, he has not only won the applause of the public, critics and has filled with praise the interpretation of the 44-year-old actor who since It already sounds like the big favorite to win the Oscar 2020 for Best Actor.

Without being able to avoid the controversy, for the criticisms that accuse her of encouraging violence, the tape delves into the origins of the great enemy of Batman in a film directed by Todd Phillips and is since its debut, point of discussion, analysis and endless interpretations made by the followers of the also called Joker.

Among these revelations, we find a series of references, which we cite below, that the director has used to bring this Joker to life as an isolated, harassed, delusional and mentally ill loser.

►Joaquin Phoenix and his brother River's prediction before he died

In one of the first scenes of the Joker, we can see that Arthur Fleck's social worker is called Debra Kane. This, in tribute to Bob Kan, the co-creator of Batman.

One of the tapes that inspired Joker has undoubtedly been "Taxi Driver", played in 1976 by Robert De Niro, who also acts in this new version of the Joker. The story addresses the life of a mentally unstable, bitter and isolated New York taxi driver from the society in which he lives.

Also starring Rober De Niro, King Of Comedy of 1982, addresses the life of an aspiring comic man who seeks the recommendation of the best presenter in the United States.

In a Joker scene, Arthur visits the psychiatric center where his mother was supposedly hospitalized, his name is: Arkham State Hospital, while the asylum where the most dangerous criminals of Gothic City live is called Arkham Asylum.

Joaquin Phoenix's famous dance in the film is inspired by another dance, that of Ray Bolger's "The Old Soft Shoe" of 1957.

"Pogo’s" is called the place where Arthur presents his comedy routine, the same name as a serial killer clown from the United States; which killed 33 teenagers between 1972 and 1978.

One of the most violent scenes of the Phoenix Joker takes place on a television set. The same goes for the animated film The Dark Knight Returns.

Minutes before the parents of a boy Bruce Wayne died in the Joker, it is shown that in one of the cinemas of the city the film "Zorro, The Gay Blade" is being shown.

It is well known to Batman fans, that the parents of the bat man died after seeing a tape of the famous character in the black cape and the sword.

"Joker", who said goodbye to the leadership of movie theaters after two consecutive weekends, pocketed $ 29.2 million, only defeated by "Maleficent: Mistress of Evil", the sequel to "Maleficent" (2014) .