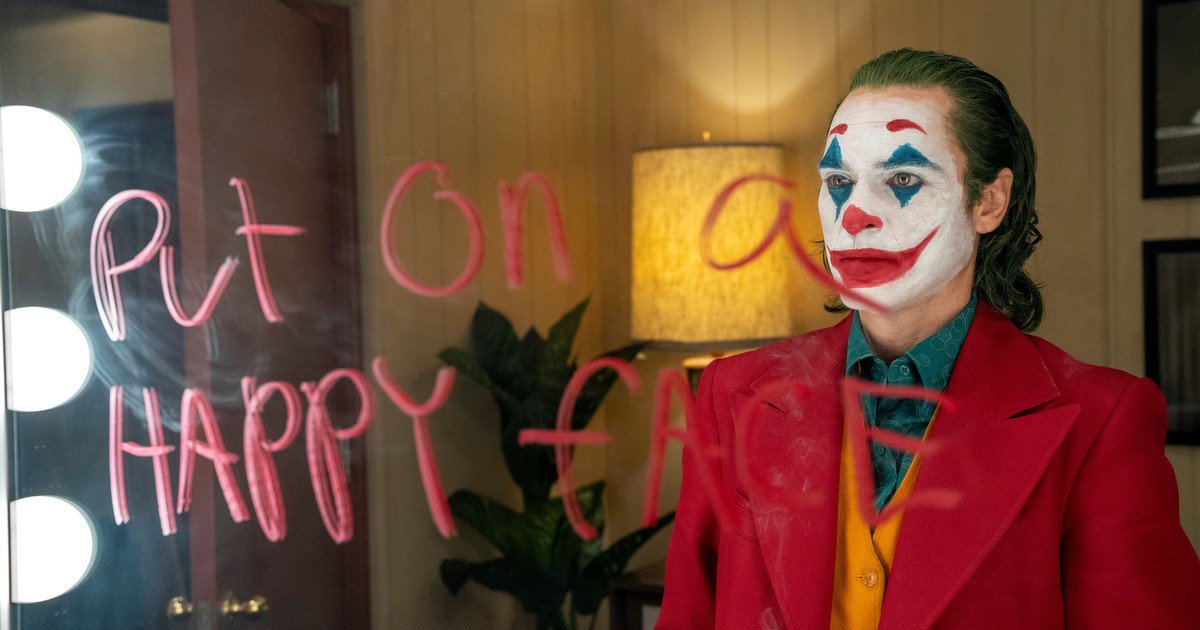 Atypical, muggy, light. This is Joker. That does not incite violence, nor boast or glamorize a character who becomes a murderer, serial or not.

Green hair, red suit, yellow vest, green shirt. Arthur Fleck disguises himself, but everything inside him will spurt him out.

What is Joker? A brutal film about a character who suffers, and suffered, in living flesh contempt, abuse, mockery of a society in decline. Which is the one that shows the film of Todd Philips, an aspect that many seem to forget, or at least ignore.

Live the music | We bring you stories of artists and songs that you have to know.

It is an anguishing film. Raw. One of those movies that hits the door and does not allow a minute to take a breath.

I was going to say pure air, but in the environments of Joker the pure is hidden, concealed when not saved.

Arthur Fleck craves to be a comedian. Try your luck in a stand up, but not everyone understands your mood. “Wouldn't you have to be funny to be a comedian?”, He receives from someone who should support him instead of asking him. Here, laughter is not foolproof remedy.

Arthur, who does have a mental disorder, and suffers a strange disease that he laughs at inopportune moments and cannot prevent it, he makes a living like a clown, in different events or presentations. You can promote sales from a store, or encourage children's birthdays. It is made uphill. How to climb that steep staircase in the street to go home.

Home? A house that is inhabited may or may not be a home. Lives with his mother. And there is something dark, disturbing in those who have suffered bullying as a child, a not very clear history of abuse and paternity.

How much of a nightmare there is in Joker – it's an affirmation – and how much fantasy in Arthur's head.

"I don't want to feel so bad anymore," says the protagonist. That request f or help will not be heard or interpreted by anyone. Not even for the social worker who treats him.

"Is it my idea or is it worse out there?" The film takes place in a city where the almighty is Thomas Wayne – Bruce's father, then Batman -, who is running as mayor. But Joker doesn't have Batman as a counter-figure -OK, there's a wink to the batitube. It is not a superhero movie, but a villain, or better, a guy who will end up being vile. For what it is, for what it was, what it suffered and for how its surroundings influenced its sensitivity. In his being. In your feelings.

Therefore, Joker will surely be misunderstood or misunderstood by those seeking one of superheroes. Joker can't be included in the DC Comics universe, no matter how much his character is the best-known villain of all comics.

It is a film that has action, fights, but not in the classic sense. It's a drama.

The references to the Martin Scorsese cinema that we marked a few weeks ago, are clear and beat in many moments of the projection. The plot in which Arthur Fleck, like Travis, is stuck and where he finds a single exit has allusions but no quotes, because Philips does not pay tribute but borrows, Taxi Driver and The King of Comedy.

Or not in vain will have called Robert De Niro for the host character, the conductor of that talk show that Arthur admires so much.

But Joker wouldn't be what he is if he didn't have Joaquin Phoenix in 99% of the shots. Here we must talk about interpretation, composition of a character. And even appropriation. The transformation that Arthur is having impresses, and Phoenix works with the body, yes, but look at the expression in his eyes.

With or without makeup, this clown scares. Much more than It, because this is a real character.