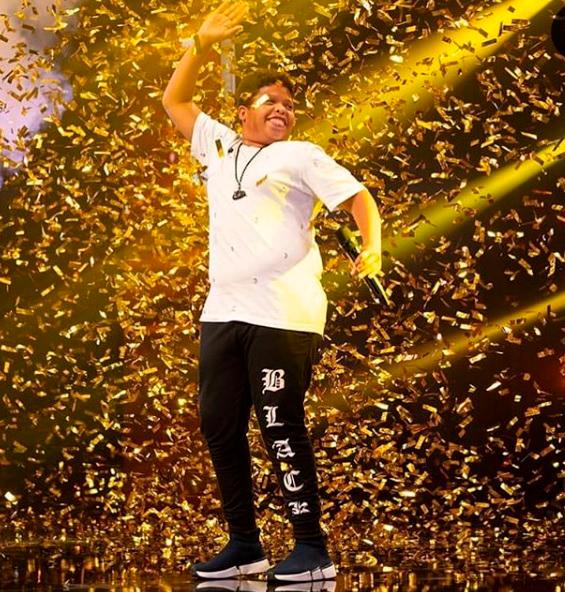 Teen Babyrotty stole the hearts of Dominicans who have seen him perform in the Dominican’s Got Talent (DGT) program with his powerful voice as if it were an opera singer. Just in the episode of this Wednesday, November 6, the little boy achieved the coveted “Golden Buzzer” or gold button that means his direct passage to the semifinal thanks to the fact that he impressed the “Queen of Meringue”, Milly Quezada, who was last guest of the court of judges of DGT.

But the truth is that Babyrotty has a sad story marked by hunger and other shortcomings, being raised by his grandfather. That is why the Jompéame help page circulated a video of the home where he lives, seeking to raise funds for the subsistence of the child and his grandfather consisting of RD $ 180 thousand pesos to pay him a year of rent in a decent home and two beds , as he sleeps on a mattress attached to beer huacales.

The urban singer Mozart la Para was also touched by the story of Babyrotty, which is why he shared the video on his Instagram account and promised to “visit that angel” this Friday, according to his words.

Diario Libre echoed his journey in his young age during the auditions of DGT, whose article relates that when he realized his conditions for singing he went out to impress with his voice in the streets and thus get money to eat.

It is one of those unforgettable participants, both for his powerful voice and undeniable talent and for his humility and strength of overcoming. The teenager, whose first name is Francisco Campusano, dedicated his presentation to his grandfather, who raised him as a baby and accompanied him in his act crying with emotion.

The Jompéame portal made a summary of the child's hardships. “Since his grandmother passed away, Francisco Campusano better known as Babyrotty, grew up with his grandfather Ruben. He has sacrificed everything to take care of it and protect it in the midst of the great precariousness that surrounds them. They live in a little house made of zinc rivets, perforated walls and shattered doors that do not protect them from the outside

Francisco can barely sleep in the little bed with huacales he has, but he is still a very happy child, he uses music as his escape and used to sing in the streets to support himself. We want to help you, we start raising RD $ 180,000 to cover 1 year of rent in a decent home and 2 beds. You join? Update: If we exceed the goal and according to the proceeds we can manage the land and build your house, since where they reside it does not belong to them.

Many people motivated by their history have decided to contribute in the corresponding ways, the help offered by the urban singer Mozart la Para is also expected, who is known for his social work.

DGT airs every Wednesday on Color Vision channel 9, from 8:00 p.m. at 10:00 at night and the platform has served to expose, in addition to the talents, their life stories.