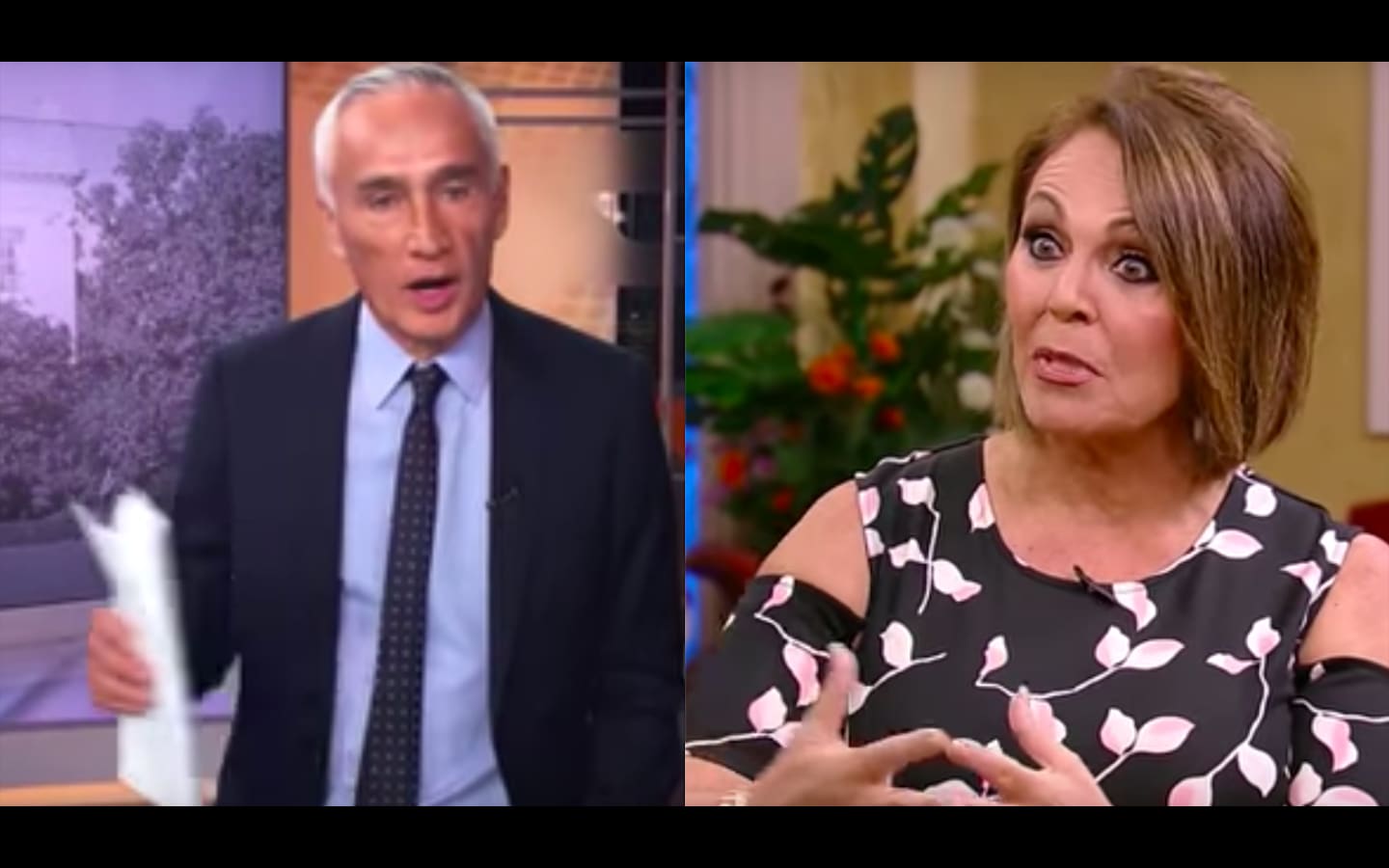 Jorge Ramos slapped Maria Elena Salinas with a "white glove" when he "took revenge" on her with a new publication that caused great controversy.

A few weeks ago, María Elena Salinas published a photograph with José Díaz Balart in San Antonio, Texas, where they were very happy to have coincided and speculation about Jorge Ramos did not wait.

Users argued that María Elena Salinas had not had this gesture with Jorge Ramos. Fact that was very commented on the networks.

YOU CAN BE INTERESTED: After the death of José José, Sarita's husband's brother pays the consequences (PHOTO)

However, a new publication of the Mexican journalist came to put more "itch" on the matter, it seems the post was a revenge against Maria Elena.

In the image that Jorge Ramos hung on his Instagram account from Miami, Florida you can see him from behind, in a blue king suit while in front of him is Marie Antoinette Collins very smiling.

The image raised more than 5,000 ‘I like it’ and to accompany her, Jorge Ramos highlighted the work of María Antonieta Collins as a reporter: “With the tireless María Antonieta @collinsoficial talking about her last week covering the death of José José. No one tells the stories like her. ”

The presenter ‘returned the favor’ to Jorge Ramos and replied: “Mr. Don George, thank you, thank you and thank you very much! Talking about José José with you was a great pleasure! Long live the prince! ”

And although Internet users did not mention María Elena Salinas, they also pointed out Collins's great work as a journalist.