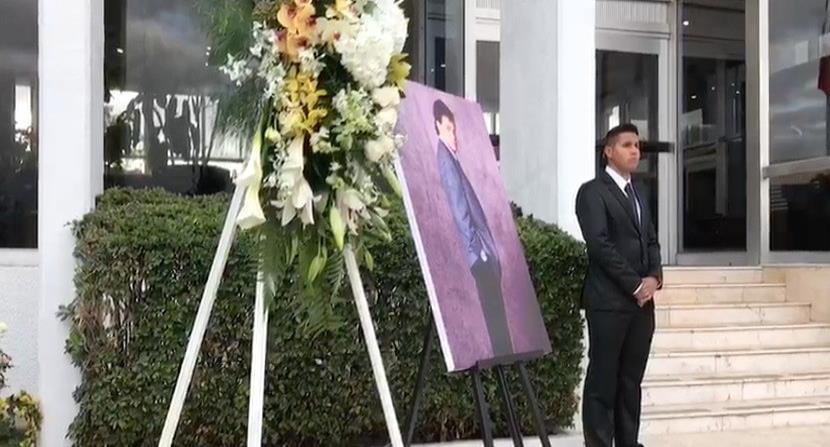 MEXICO CITY – After more than 10 days since it was announced that José José had died and amid disagreements between his children, the ashes of the famous singer arrived on Wednesday in Mexico City.

In the Benito Juárez International Airport, located in the Mexican capital, there were already different media ready to record the first moments in which "The Prince of the Song" returned to the country that saw him born.

There were also his eternal fans, who from very early hours were waiting for him to finally say goodbye to his idol.

But in addition to the media and his followers, he was expected by his ex-wife, ex-model and actress Anel Noreña, with whom José José had two children: José Joel and Marysol. The latter were those who gave the battle to their half sister, Sarita Sosa, so that the body of the Mexican star could return to their country and in the same, be honored.

"We are going to be able to be with José, in his country forever. That has a lot to do with my life and that of my children. We are all here with my heart," said Anel Noreña, who wore black.

On the other hand, Marysol Sosa, the daughter of this marriage that lasted from 1976 to 1990, visibly affected, took the microphone and accompanied by her mother, Anel and her older brother, José Joel, said: "Thank you all for your support. and let's celebrate a great day for someone who was very big and very dear, thank you very much. "

In the middle of a strong operation and in an air force plane, which was authorized by President Andrés Manuel López Obrador, the ashes of the interpreter of “El Triste” arrived at 08:25 am local time (09: 25 Puerto Rico).

The president of the Culture Commission of the Chamber of Deputies, Sergio Mayer, traveled in the plane in which the ashes were transported.

The remains of José José arrived at the presidential hangar in Mexico City from Miami, where he had been living for more than a year and where he gave his last sighs. A photograph of the singer, adorned with flowers, expected half of the ashes of the romantic performer.

Once the ashes arrived, they were transported in a float. The urn's destination is the Palacio de Bellas Artes, located in the center of the capital, where a tribute is paid, to which not only artists and celebrities have access but also their fans.

Given this, the Secretariat of Citizen Security (SSC) of Mexico City implemented from the first minute of the day of this October 9, a safety and road device before the transfer of the funeral procession to pay posthumous tribute.

At the conclusion of the solemn act in the cultural precinct, the entourage will move to the Basilica of Guadalupe, where a religious act will take place.

It should be noted that during the routes cuts to the traffic will be implemented at the passage of the procession, as well as in each of the points contemplated to pay tribute, so that Mexican authorities recommend motorists to consider alternative routes.

José José's ashes were divided in two, half stayed in Miami, where his last wife, Sara Salazar lives with his daughter Sarita Sosa and the rest arrived in Mexico to finish in the French Pantheon.