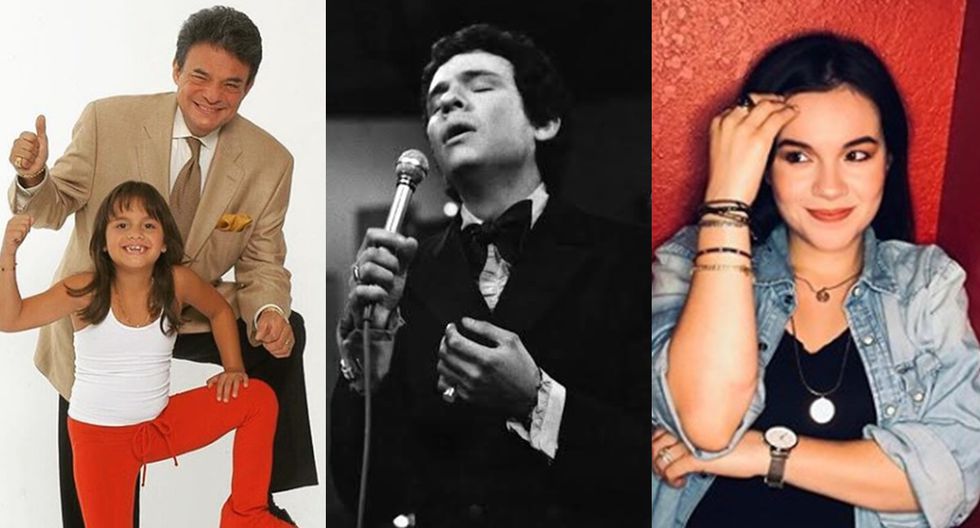 The bad relationship between the older children of José José with his half sister Sarita, over exposed to the media since the day the death of the singer was announced, has triggered a series of negative reactions against the daughter minor of the 'Prince of the song', who has come to be described in social networks by fans of the artist as the new 'Luisito Rey', alluding to the abusive father of Luis Miguel.

Thus, Sara Sosa, the result of José José's third marriage with Sara Salazar, who is known to have never had a good relationship with José Joel y Marysol, has been the protagonist of a bad telenovela call whose plot has revolved in recent days, around the mystery of the whereabouts of the Mexican's body and the accusations by his older brothers of wanting to seize the singer's heritage.

► José José: How much is the singer's fortune and who would inherit it?

Sarita Sosa, 25, who has the rights to his father's legacy and was on his deathbed, was accused of “not answering” the calls of José Joel and Marysol from the moment he reported the death. from the Mexican interpreter at age 71.

"We need to know first that my dad is already deceased, immediately after doing an autopsy and then being able to take him to Mexico," added the singer's eldest son on more than one occasion.

"I don't even see, don't believe," Marysol said on the same interview.

In the midst of this uncertainty, José José's fans lamented the loss of his idol and questioned Sara Sosa's credibility and the love he could have for his father.

The criticism against the 25-year-old was such that even several entertainment programs analyzed her body language, in order to know if it told the truth about the singer's death.

"She's a villain. Do you want to do a music career after this? Neither I nor the Mexicans are going to buy him a single album, ”said Woodside.

“Sarita is a person who has been dedicated to lying. He has dedicated himself to teasing absolutely everyone and his musical career has already died before he started, ”said Chapoy.

Last Tuesday, José Joel and Marysol accused Sara of being interested only in her father's money.

“His royalties are not modest for those who do not work,” and the will will be “another sewer that will come out,” said José Joel about the remembered interpreter of “El triste”.

At the beginning of this 2019, when the bad relationship between José José's children was more evident every day, an audio was disseminated in which the young woman pressed her father to sign documents that gave him a power of attorney to represent him before the courts, criminal, civil, administrative and labor authorities.

Laura Nuñez, former representative of José José, was present at the venue and the audio is heard asking the artist to wait for, in better health conditions, to evaluate and sign. Sarita interrupts her and says: “You have no authority to speak or manipulate his head. Let him take. their decisions. "

“You and I had already spoken. You already know that you have a call. (…) I beg you as your daughter. You know all the witnesses and you know the power they have over me. I will never, I will never hurt you, never ", you can also hear Sarita Sosa say.

Despite the initial criticism of his brothers, on Tuesday night, and in an apparent reconciliation, the children of José José met with Sarita and before the Miami press, agreed to watch over and pay tribute to their father, first in that city and then transfer it to Mexico for another public tribute.

WHO IS SARA SOSA?

Sara Salazar and José José met in 1993 and she accompanied him during his addiction rehabilitation and years later, in 1995, they married.

"The Prince" drove Sarita's career since she was little. Even in 2007 they made a single of the reggaeton genre, called "E-Mail Me", written by Hiram Santos, Mariavana and José José himself.

In 2015 it was when Sarita was relaunched as a singer during the inauguration of the Mexican restaurant “Fogón Select” in Miami. The parents were present at the event, who applauded the interpretation of the girl.

Sara Sosa has a YouTube channel in which she only has four videos, two of them dedicated to the “Pillow” interpreter, one from a photo session and another from a “Deliver Us” cover.

Sarita was the one who, more than a year and a half ago, in 2018, decided to transfer José José to a Miami hospital for his father to continue his nutritional recovery, after oncologists doctors removed a tumor at the National Institute of Medical Sciences and Nutrition “Salvador They will zubran ”

In one of several statements Sarita gave to the United States media, he thanked the attention and support given by the followers of José José. "You have been very happy, you are our family" and revealed that the singer "went asleep, and we are grateful that it was so," give more details about the health of the Mexican.