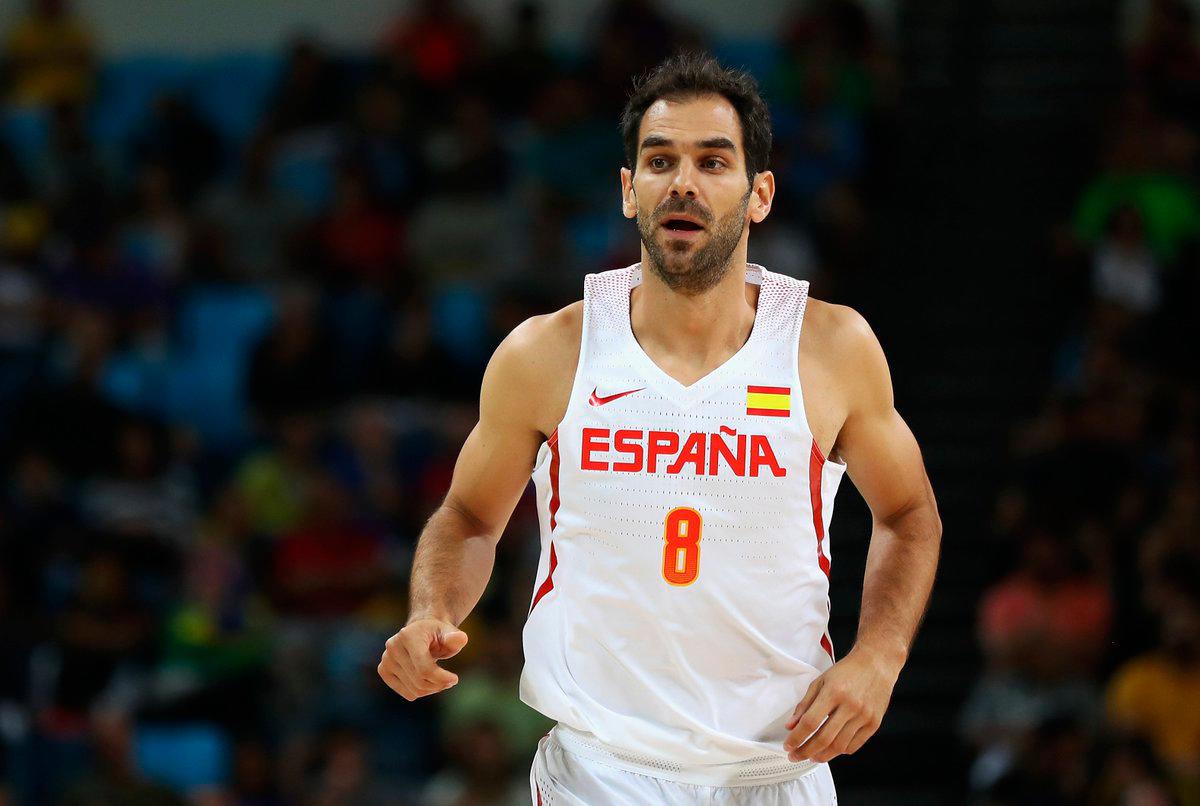 The Spanish José Manuel Calderón, one of the emblems of the Spanish basketball of the last twenty years, with 14 seasons in the NBA, announced today that he will leave the fields as a professional player, moving to the offices, where he already holds the position of special assistant of the executive director of the NBA Players Union, Michele Roberts, based in New York.

In addition, he was the first Spanish player to win a 'play off' game in the NBA, and the player with the best triple percentage in the regular NBA 2012-13 season; as well as the historical record of the percentage of free throws in a season in the American professional league (2008-09).

In 2016, he received the Gold Medal of the Royal Order of Sports Merit; After receiving the Silver one in 2007. With the Spanish team he was present in 193 games.

The Extremaduran arrived in the NBA in August 2005, from Tau, with whom he had just lost in the Euroleague final against Maccabi Tel Aviv.

After not finding equipment this campaign, he moved with his family this summer to New York, beginning to think about the professional withdrawal. It will be from now on Roberts' contact with all the NBA players (NBPA).

His new job at the NBPA will aim to be the link that Roberts can have at all times to work and know directly everything related to the needs and concerns of the players.

For several weeks, Calderón already goes to the union offices in New York on Mondays and Tuesdays in the morning, joins Roberts and his senior management team in their planning meetings and departmental records.

During his first two weeks at work, he has made regular appearances to meet all new colleagues both at meetings and at times of socializing.

'I've never worked in an office,' Calderón acknowledged at the time: 'I left my house when I was 13 years old, I was a professional at 17 and I've been playing basketball since then. There was no time for an office. '

But the family factor was decisive when making the abrupt change in his professional career and Calderón believes that his position in the players' union is best for his wife Ana and their three children under 10 years.

The NBA league office also contacted him, but Calderón concluded that he needed a more flexible position while juggling his responsibilities, including running his own charity, serving as UNICEF ambassador and participating in the semiannual program 'Crossover Into Business' from Harvard Business School for professional athletes.

The Villanueva de la Serena player is also very clear that the new position will also allow him to continue looking for the dream job he hopes to get in the future.

Hence, Calderón believes that the new position will allow him to have a perfect transition from active player that begins a new life away from the fields.

"I can touch a bit of everything, from basketball operations to finance and the international side, to be able to decide what I really like for the future," Calderón said.

Since hiring in 2014, Roberts has had the main objective of increasing player participation in all aspects of union affairs.

The work done at the New York headquarters is not necessarily the most pleasant, but it includes negotiating labor agreements with the NBA, addressing the concerns raised by NBPA President Chris Paul and his executive committee of current players, preparing presentations for visits Roberts with the 30 teams, supervise charity efforts and represent players in disciplinary matters such as fines and suspensions.

In all these aspects, Calderón will have to be familiar to later be able to transmit what is done within the union with the players, although during his professional stage he never served as a NBPA player representative.

Roberts's hope is that Calderón will follow in the footsteps of Roger Mason Jr., a former NBA player who served as the NBPA executive deputy director from 2014 to 2016.

She attributed the presence of Mason and the comments of the players with numerous initiatives, since the expansion of the union's informative programming. in areas such as real estate, technology and commercial franchises, to add a basketball court, weight room and changing rooms to the New York office.

From the union's perspective, Calderón's recent gaming experience should be particularly valuable during team visits, when encouraging player participation and soliciting honest comments can be challenging.

Roberts, an exaggerated, said he sees players as if he were a legal client, with the goal of 'serving' and 'facilitating' instead of 'running the union' and dictating decisions.

Calderón's arrival at the union is seen by Roberts as a great opportunity to show that his organization is here to serve, to make it known in a way that players see as interesting and attractive.

'The players are absolutely respectful to me and the staff, but when one of their own starts talking, that person demands a level of attention that those who arrive from outside do not have. José will generate more interest in our meetings than the rest, 'said Roberts, valuing his hiring as a new member of the union.