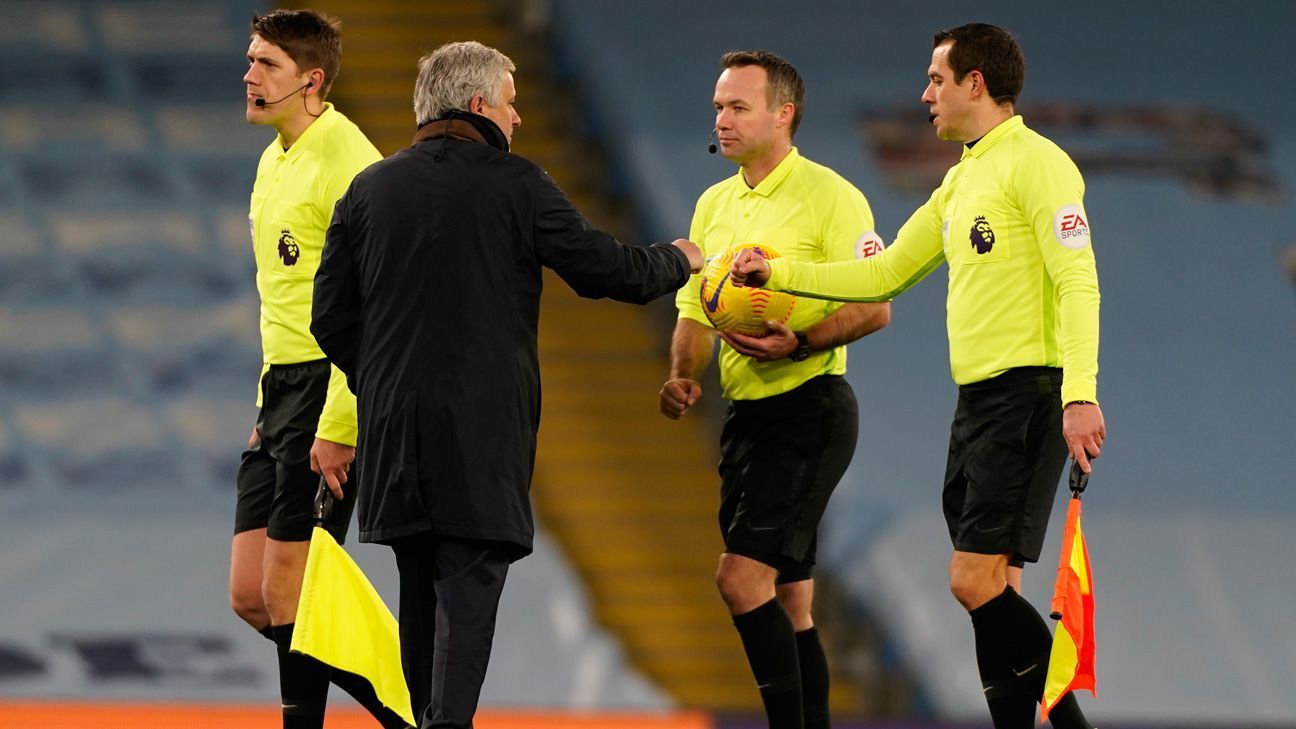 “They had one of these modern penalties. I call them that,” the Portuguese coach told Sky Sports after Pep Guardiola’s 3-0 loss to City.

José Mourinho criticized the decision to score the penalty that opened the scoring for Manchester City. Getty

“A modern penalty is one in which even if you touch the opponent with a f ingernail it can be a penalty. It depends on the opponent. For some, if you touch the opponent with a fingernail it is a penalty and the VAR cannot deny it, because there is contact, either with the thumb or the nail of the thumb. You cannot deny that there is a penalty, “complained Mourinho, who also criticized the excessive fatigue of his players after having played an extra time in the FA Cup.

“We had nothing going for us and the second half was very difficult,” he added.

José Mourinho blamed his team’s defeat against Manchester City on fatigue from having played the FA Cup during the week.

“What do I think of the game? It was a fresh team against a very tired one. Even so, we started very well, we controlled the game and we hit the post. That 0-1 would have given us the necessary fuel when you are tired,” he said Portuguese.

“I am very happy with the attitude of the players. There were guys on the field who played for two hours a couple of days ago and they gave everything. They were tired, but they were brave,” he added.