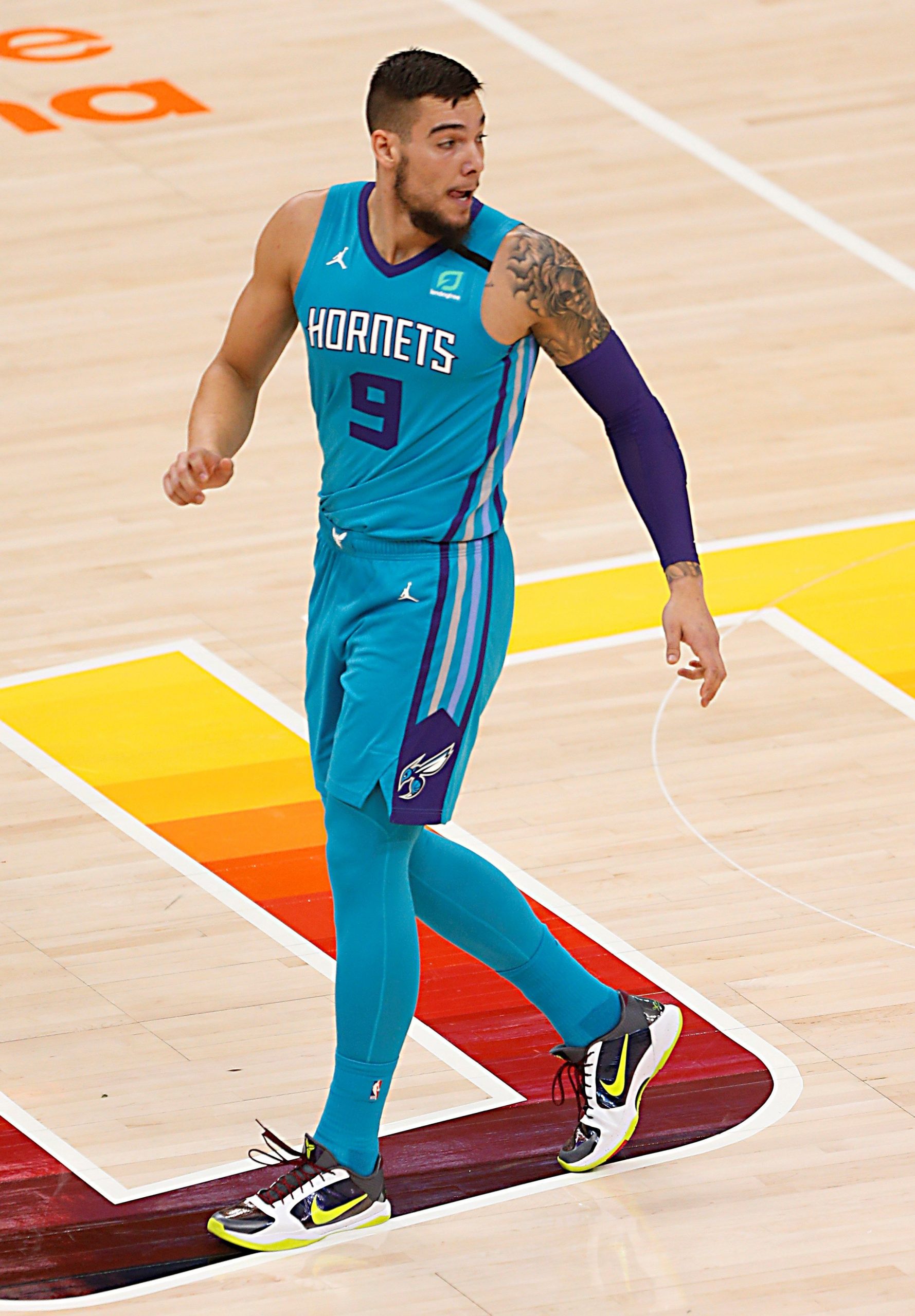 Houston (USA), Feb 4 (EFE) .- The brothers Juancho and Willy Hernández saw action during the NBA day with more minutes than they received from the coaches of their respective teams of the Denver Nuggets and the Charlotte Hornets. Although both had different fate, Juancho achieved victory with the Nuggets and Willy lost with the Hornets, his greatest contribution in the field left them “satisfied” in the individual section. Juancho received 28 minutes of action as a reserve for the Nuggets in the game that the Denver team won easily by beating 127-99 against the Portland Trail Blazers. The former Student player contributed seven points after scoring 2 of 6 field shots, missed a triple attempt, and hit 3 -3 from the personnel line. While he stood out in the inner game by capturing 11 rebounds, including nine defenders, he recovered a ball, put two blocks, lost three balls and committed three personal fouls. He had the support of the Nuggets coach, Michael Malone, finished as second best team in the indoor game, only surpassed by the Serbian center Nikola Jokic, who captured 13 rebounds. While his brother Willy, he also received the support of the coach of the Hornets, the Hispanic James Borrego, and although Charlotte’s team was defeated 125-110 against the Houston Rockets, on his visit to the Toyota Center, the former Real Madrd player ended up satisfied. Willy, as a reserve pivot, played 18 minutes and He did a good individual and team work by getting 10 points and capturing eight rebounds, including four that were defensive.The oldest of the Hernangómez brothers, who begins to have more prominence in the Hornets team game, responded with three baskets of seven shots from the field, failed an attempt of triples, and was perfect with 4-4 from the line of personnel. The former Real Madrid player also distributed two assists, lost three balls and committed three personal fouls. Despite the defeat, the Hornets coach, Hispanic James Borrego, said he was “happy” for the way the team’s youth competed with a rival in the Rockets category and only relented on the straight end of the game.While Willy was also happy for the increase in minutes he receives and in statements to the EFE Agency he said he will always fight to the fullest to take advantage of the opportunities he receives.EFErm / mbj / amdvideo (c) EFE Agency