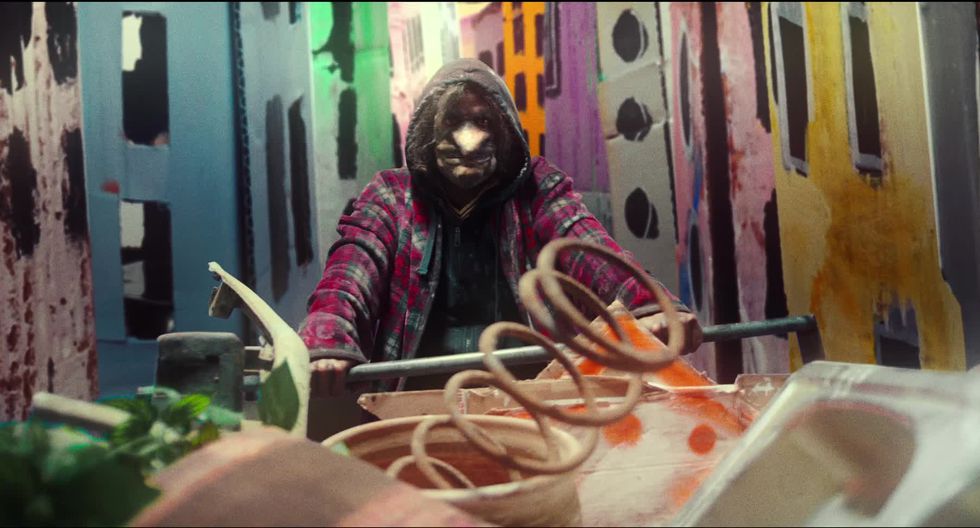 In such convulsed political contexts, such as the one that Peru is currently going through, a break is often found in art. On other occasions, this field is used as a trench to defend positions and legitimize ideas. But there are other cases in which neither one nor the other occurs: artists simply respond to the stimuli that surround them as a way of expressing themselves. Precisely, this is how Nicolás Saba and Marcial Rey, both members of the band Kanaku and the Tiger, and actress Jely Reátegui, define their proposal. Thanks to an interdisciplinary work that they directed together with the plastic artist Ignacio Álvaro and the audiovisual producer Mikael Stornfelt, today they premiere the video clip of “The artist”, in which his visual proposal inspired by Peruvian politics stands out.

Two years ago, although they began to build the scenery without a clear idea, the news of the pardon of Alberto Fujimori triggered a response from them. Two days after the announcement made by Pedro Pablo Kuczynski, they summoned a group of people to record "Problems with the law", a video that went viral on Facebook. “After the pardon, it occurred to us to transform that frustrating fact into a work. We use all that energy of those days. We call neighbors, friends, anyone who would like to collaborate with us. It came out very spontaneously. It was a very precarious record because we did it with a cell phone, ”said Saba.

Later, the band composed the theme "The artist", where the protagonist is a guy who seems to have good intentions, but hides his selfish nature. From this, they established some points in common with the context in which they lived daily. The final result shows a city in which politicians show their true faces, where clear allusions to well-known characters in our country are distinguished.

Although Reátegui acknowledges that the release of the video clip coincides with a crucial moment in our political history, he notes that the final result took two years to build and is not an immediate reaction to recent events. “Creating the scenery, doing postproduction, coloring, has been a great effort. We had planned the premiere long before all this happened. ”

For his part, Marcial Rey adds that the discomfort they felt as citizens was the impetus to shape this proposal. “There is a sense of insecurity, of seeing how they make fun of our face. So, with the video clip we try to turn the situation from our perspective, ”he said.

Similarly, Saba stressed that as an artist one must be consistent with oneself and express oneself as honestly and freely as possible. “It has not been planned at all. As an artist one creates from what he sees and what happens to him. If your heart is broken, you believe from that. If you fall in love, the same thing happens. If every day you wake up and see on the Internet the news, the things that happen in Peru, ideas come to mind, ”he explained.

“We do not want to impose a political discourse. The viewer will be able to watch the video and react according to their own point of view. Whatever we have to say is there. It has been a very stimulating job for us. It is something that has been done with love and good vibes, but being faithful what we feel, ”concluded Saba.