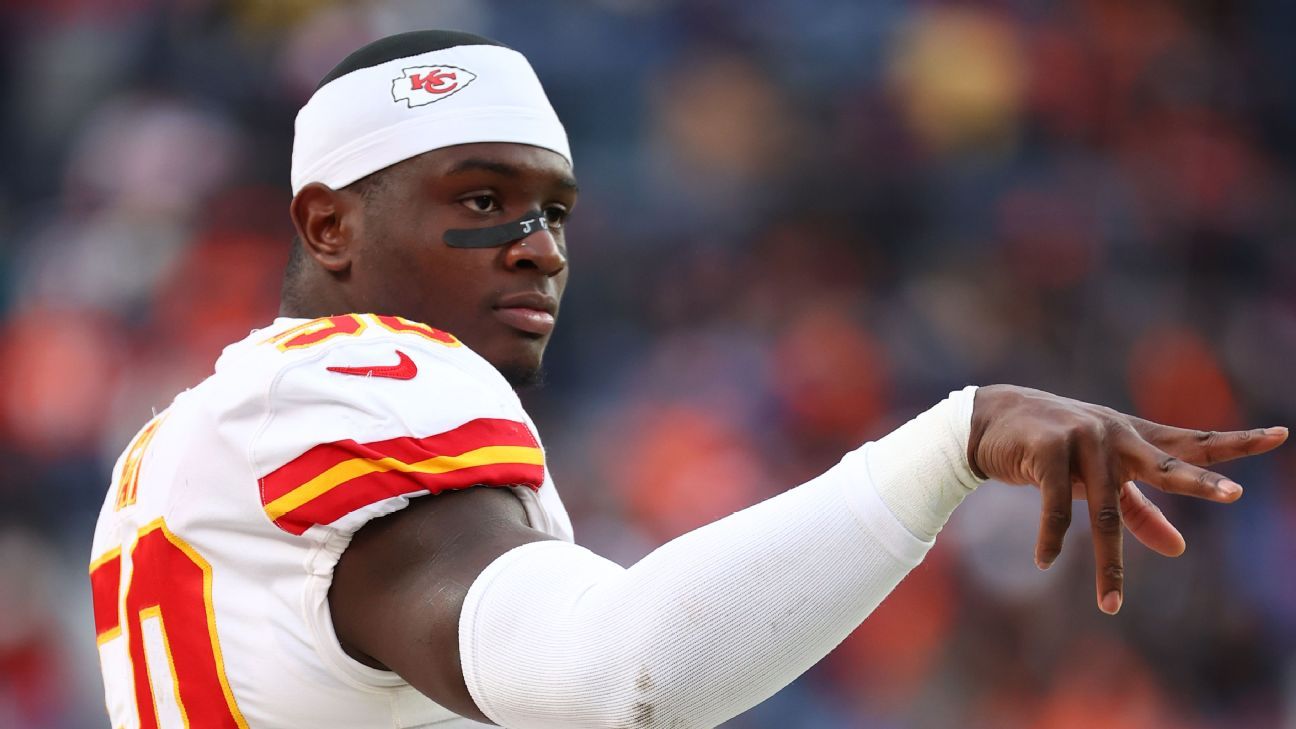 The Chiefs said they are aware of the arrest of Willie Gay, who is scheduled to appear before a judge Thursday afternoon. Getty Images

The Chiefs said they were aware of Gay’s arrest.

Gay, the Chiefs’ second-round pick in 2020, started 11 games in the regular season, in addition to the Chiefs’ Wild Card Round win last weekend against the Pittsburgh Steelers. He has two interceptions and 0.5 sacks.

Kansas City hosts the Buffalo Bills in an AFC Divisional Round game next Sunday.