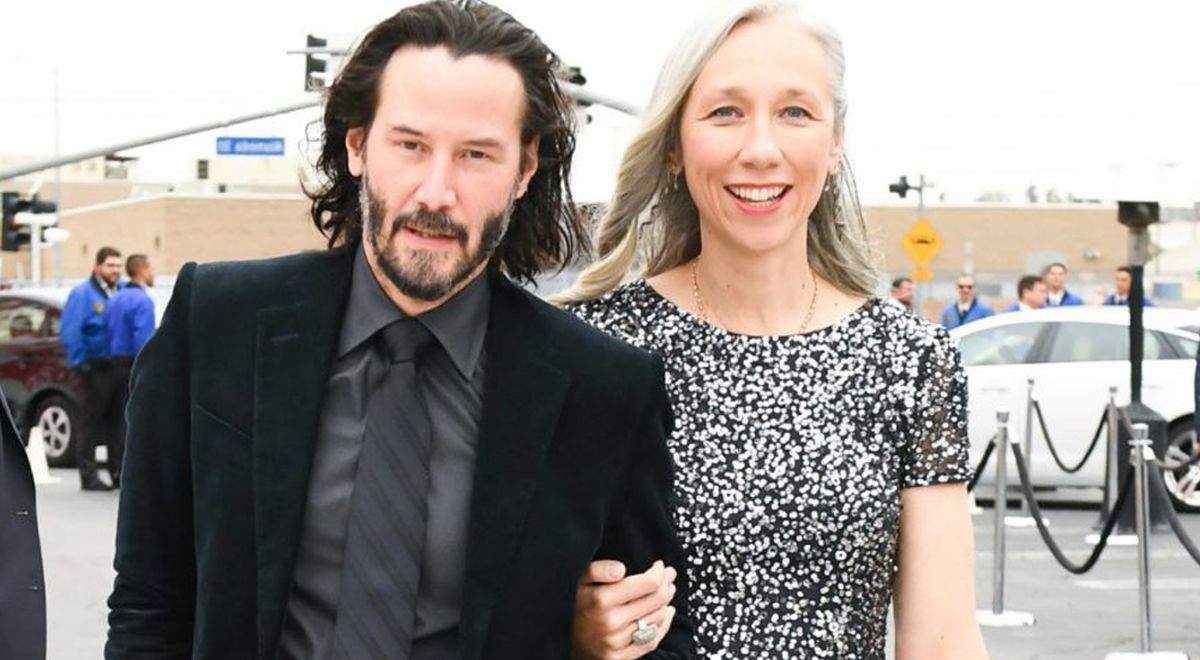 Love is in the details. Keanu Revees attended the LACMA Art + Film Gala presented by Gucci with his girlfriend, the artist Alexandra Grant, and they walked along the red carpet holding hands posing for the cameras.

The images went around the world since the actor was affectionate in front of everyone. In the 35-year career of Keanu Reeves he has rarely presented a couple at an important event.

YOU CAN SEE Keanu Reeves: couples and loves of the actor of John Wick and Matrix

In front of the photographers' flashes, he was proud to introduce his new girlfriend, Alexandra Grant. Dressed in an elegant black suit and she in a dark blue dress, everyone's eyes were stolen.

Keanu Reeves is 55 years old and his current girlfriend 46, in everything that lasted the presentation they never let go however, his followers are confused since a few months ago he confessed in the program of Ellen DeGeneres having been in love with Sandra Bullock.

Who is Alexandra Grant?

Alexandra Grant is a sculptor who exchanges language with writers as images to turn them into art. She is recognized in Los Angeles and it was there that she met Keanu Reeves.

His first exhibition was in 2007 at the Museum of Contemporary Art (MOCA) of this city where he showed his work inspired by Grant de Heléne Cixous, a French philosopher and writer.

At the beginning of 2011, Alexandra Grant wrote her first book and in parallel, Keanu Revees also started as a writer. The sculptor is recognized for supporting the grantLOVE philanthropist project where she produces and sells works of art to benefit artistic organizations such as Corazón de los Ángeles, a center specializing in audiovisuals.

Keanu Revees was in love with Sandra Bullock?

In an interview with Ellen DeGeneres, Sandra Bullock revealed that she fell in love with Keanu Reeves while recording the movie 'Maximum Speed', a film that premiered in 1994. The actress confessed to the conductor that she felt something for her colleague but never told her said.

Keanu Reeves and Sandra Bullock fell in love while recording 'Maximum Speed' however, nothing happened between them

However, weeks after the program was broadcast, Ellen invited Keanu Reeves and when she attended she asked if she knew Sandra Bullock's feelings. The actor said he was also in love with her however, he did not dare to say anything because he did not know what she thought.

Despite these statements, the actors continue to maintain a friendship of years and both are making their lives separately.

Keanu Reeves was in search of love

Last June, actor Keanu Revees caused a stir among his fans by revealing that he was single and would like to find a person he can fall in love with.

“At the moment there is no one in my life. But if it happens, I would respect and love the other person. I wish it happened to me, I've never been madly in love, ”said the Hollywood star in a television interview.