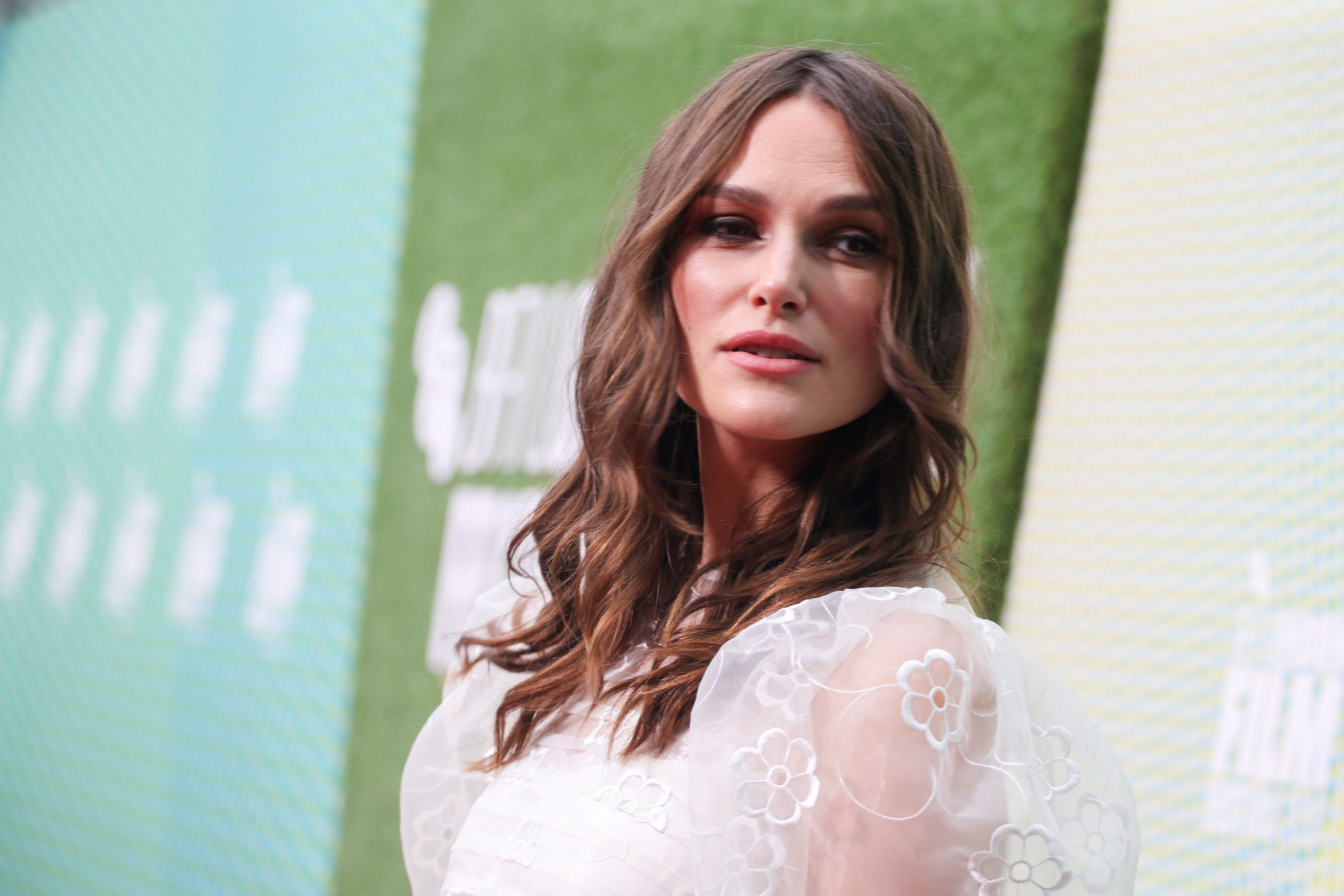 By Isabel Milagro Echemendía Pérez-. Actress Keira Knightley has confessed that she was surprised by the critical opinion that her daughter Edie has about the cartoon film “Sleeping Beauty”, after she was banned for more than two years from watching Disney movies. Keira Knightley. (Photo by Lia Toby / Getty Images for BFI) MoreIn an interview with NET-A-PORTER, the British actress related that when they saw the film together, Edie commented: “It is not okay for a man to have kissed her without her permission ! ”“ I can’t tell you how happy she was, ”said the proud mom. Keira confessed that while she didn’t let Edie watch some Disney movies because of the way the female figure was portrayed, she now believes her daughter She is 5 years old enough to understand certain things.Keira Knightley and her husband James Righton in Manhattan with their baby Edie Righton on August 31, 2015 (Photo by Josiah Kamau / BuzzPhoto via Getty Images) MoreThe famous English actress, married Since 2013 with musician James Righton, she was raised in an environment of equality since childhood. Born in the southwestern suburbs of London, Keira confessed to the publication that in her family that was part of the house rules. “Many times, my mother earned more than my father and that was never a problem.” In 2018, the “Pirates of the Caribbean” actress sparked controversy by revealing the ban on Disney movies at her home when she was invited to the popular show. American television The Ellen DeGeneres Show. During the interview, Keira told the presenter that she wouldn’t let Edie watch movies like “Cinderella” and “The Little Mermaid.” For Keira, the messages that these movies send about the woman’s figure are not positive. In the show the actress highlighted the message left by these two animated. “Cinderella waits for a rich guy to rescue her. Do not do it. Rescue yourself, obviously, ”he said. For its part, in “The Little Mermaid” the protagonist is able to give up her voice for a man. Keira continued her reflection on the Ellen show, comparing those characters from classic tales with the modern Elsa from the movie “Frozen”: ” I wonder what Elsa would say to Ariel and Cinderella because Elsa has some serious opinions about Anna leaving with a boy she just met … What would Elsa say to Ariel, who renounces her voice for a man? By the way, a man who only saw a boat dance around and then drowned! “The actress’s statements unleashed a debate. Disney fans were very upset by these opinions since for many of them princesses were references for other girls, on the other hand, were in favor of the actress and claimed that their parents had done the same thing to Keira to her daughter when they were young. In any case, her daughter’s reaction makes clear the feminist stance of the actress and how his prohibition served so that his little girl realized from early on the stereotypes that persecute us women.