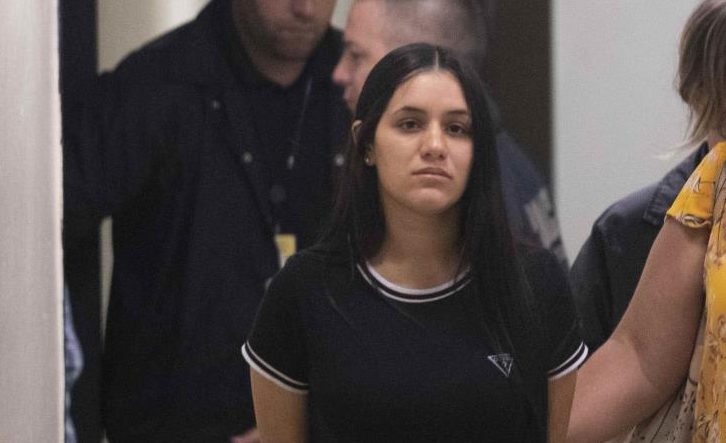 SAN JUAN, Puerto Rico (AP). Authorities in Puerto Rico arrested the stepdaughter of a woman shot dead last month while riding in her vehicle with her two biological daughters, Keishla Perez Biggio ordered to kill her stepmother Hilda Padilla Romero by hiring two hit men that shot her dead in her car on September 30 2019.

It is unknown if Keishla Perez Biggio has a lawyer to comment on her judicial situation.

Family problems would have led the woman to hire two hit men to kill her father’s partner.

According to the newspaper El Nuevo Día, family problems would have led the woman to hire two hit men to kill her father’s partner.  Keishla Perez ordered to kill her stepmother Hilda Padilla Romero

Padilla Romero was the one who managed the company’s finances. The authorities work the case as a conspiracy to murder.

When Hilda Padilla Romero was shot dead on Los Filtros Avenue, in Guaynabo PR, Juan Pérez, the husband of the woman requested citizens cooperation to identify the suspects of the death of his partner during the past 12 years.

We need the cooperation of the people to help us in this situation since Hilda (Padilla Romero) was a real close person with my daughters. We were together for 12 years” said the man remarkably distressed by the situation

Little did he know his biological daughter was going to be the primary suspect in her murder investigation.

Perez, 52, went with family members to the Forensic Science Bureau (NCF) to identify his wife’s body.

Hilda Padilla Romero, 34, died at the Río Piedras Medical Center, where she was transported after receiving multiple shots in the head and left arm area.

Both were owners of a construction company in Bayamón.

The violent incident occurred specifically at the intersection of Highway 833 with PR-177, at the height of Hogar Crea in Guaynabo.

Her daughters were 8 and 17 year old and they were aboard the vehicle when the shooting occurred. According to the police, minors are affected by the murder.

The director of the Criminal Investigation Corps (CIC) of the Bayamón police region, Ricardo Haddock, said earlier that the shots fired from a gray compact car were aimed at Padilla Romero.

Keishla Pérez, 29, was charged Wednesday Nov. 27 2019 with premeditated manslaughter and two counts of attempted manslaughter. Two men were also charged in the case.

The police have arrested the two hit men Luis González Martínez(shooter) and William Avilés(acomplice) as well.  They have been issued bail but none were able to pay they high amounts in the millions of dollars.