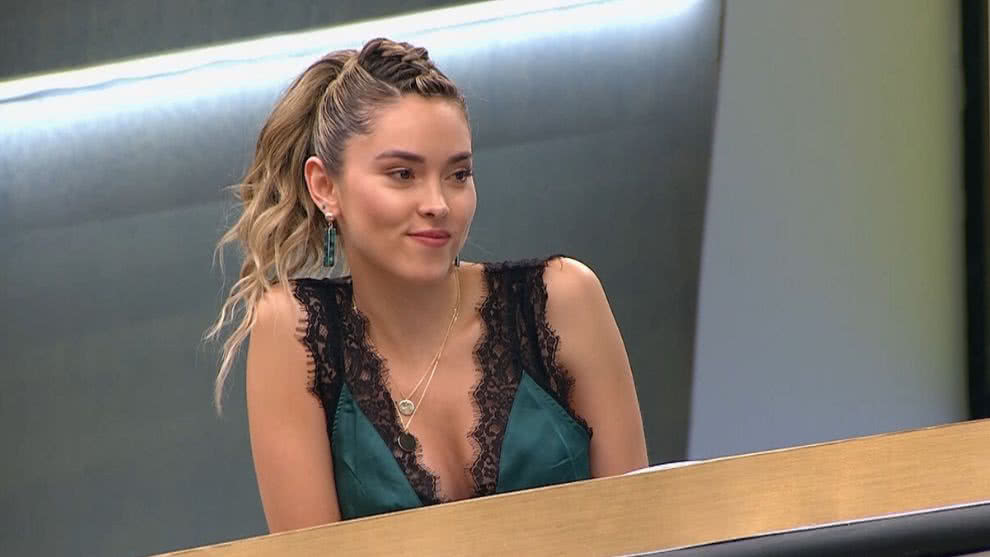 19 Oct 2019 21:26:44 | Written by: canalrcn.com The influencer withdrew from the game and Claudia Bahamón was in charge of making this news known to her teammates.

Kika Nieto entered to participate with 22 celebrities in the most important kitchen reality show in Colombia, a dream come true for the 26-year-old girl who has become famous on YouTube for having varied content that achieves identification with the youth audience.

Through her time at the MasterChef Celebrity kitchen, Kika demonstrated all her cooking skills, impressing more than one for her technique to put in place, her dedication to detail and her creations full of creativity and dedication. Throughout the weeks in which he competed he made affinity with celebrities such as Sebastián Silva, Isabella Santodomingo, Adriana Lucía, among others, with whom he shared the challenge of cooking with a very high level.

You may be interested: From designer to youtuber, the radical change of Kika Nieto

He also had tense moments like those he lived when he was left with the black apron for a sauce that failed to reach the expected point and that made him at risk with his partner Pedro Palacio. In addition, the public discovered that the influencer did not have much affinity

with foods such as paw, tripe and other preparations that, although prepared by her husband, are not the favorite on her palate.

Unfortunately, and for strictly personal reasons, Kika Nieto withdrew from the competition, leaving an unease between his teammates who did not believe what happened. In fact, Claudia Bahamón was the one who had the task of communicating this decision of the young celebrity, to the other participants in the midst of a field challenge in Tobia, Cundinamarca

In his replacement came to participate in the kitchen singer and actress Mariana Gómez, who was received in the best way by the rest of the contestants and who will try to win a quota at the end of the program.

See also: The tribute of Sara Corrales to her father in full test of MasterChef