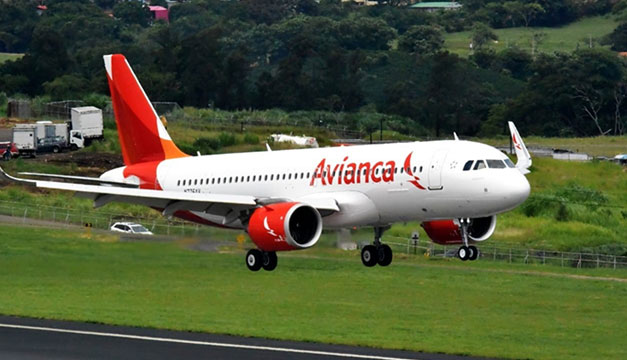 The loan is subject to the formalization of agreements with creditors and the exchange of airline bonds. / DEM file.

The Kingsland company, chaired by Salvadoran businessman Roberto Kriete, reached an agreement with United Airlines to grant a $ 250 million loan to the Colombian airline Avianca.

The negotiations between Kingsland and United are part of the Avianca debt refinancing process, which began in mid-2019. The Colombian airline said Monday that the disbursement metrics were established, but the financing “remains subject to the conditions for the closing ”of the operation plus the $ 550 million exchange due in 2020.

YOU CAN BE INTERESTED: Kingsland, from businessman Roberto Kriete, will lend $ 50 million to Avianca

The loan will be granted for four years and with an interest rate of 3%, which will be capitalized until the credit expires. The airline explained that the financing may be converted into shares “at the discretion of Avianca” at a price, for each share, of $ 4.6217.

It represents a prize (interest) of 35% on the average price of Avianca shares of the last 90 days. This will be subject to whether the share price stably exceeds $ 7 or by voluntary agreement of United and Kingsland.

"We are very happy to have reached an agreement with Avianca Holdings on the terms of this loan," said Kriete, president of Kingsland Holdings. "We look forward to the successful conclusion of the company's debt rebalancing, and work with management to achieve the success of the Avianca 2021 plan," added the Salvadoran businessman.

After the agreement is established, work is done on the formalization and final documentation of the loan, which is expected to be completed in mid-October. "We believe that the terms we agree on are very attractive and we are grateful for the confidence in the company demonstrated by United and Kingsland in the process that we are moving forward," said Adrián Neuhauser, CFO of Avianca Holdings and who has led the refinancing negotiations.

Avianca said that at the conclusion of the loan signing, preferential shareholders will be offered financing for $ 125 million under similar conditions.