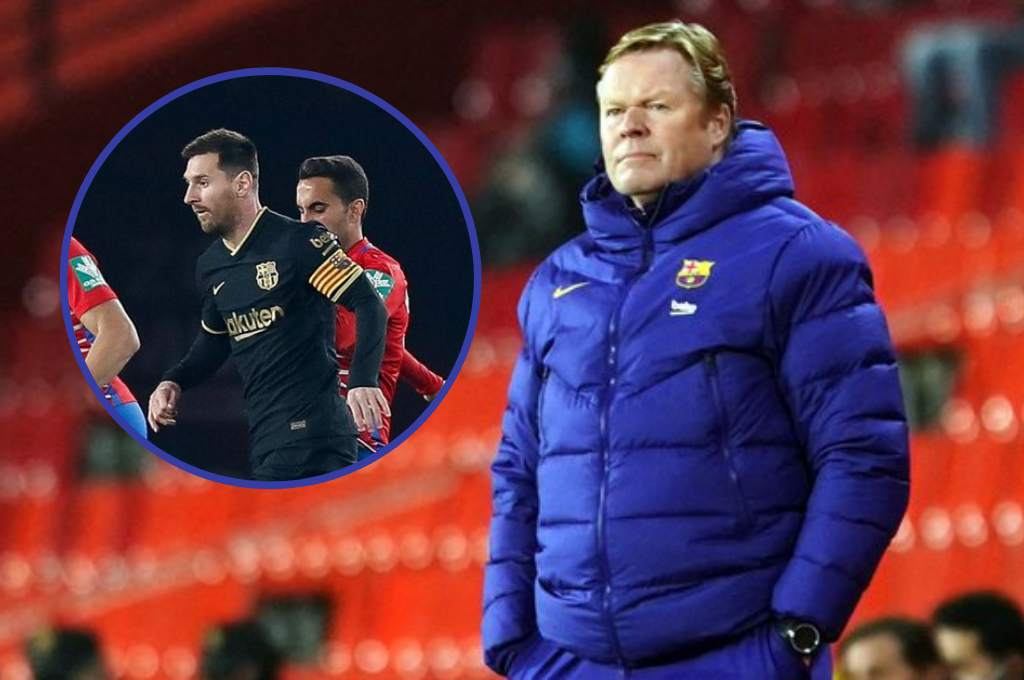 Ronald Koeman appeared this Saturday at a press conference prior to his visit to Bentino Villamarín to face Real Betis in the Spanish league.

It may interest you: Cristiano and his life as a rich man: The six millionaire businesses, luxurious cars and his friend Prince of Dubai

The Dutchman spoke of various issues, Messi, the words of Piqué and was upset by the continuation of games without rest for Barcelona.

“It’s difficult. The number of games that big teams have, with three competitions, above with the moment we live with Covid, which makes everything more difficult. You have to talk with the players to see how they are physically, the sensations. Sometimes you have to give someone a rest to be able to have everyone in the best conditions. If we count tomorrow’s game and Wednesday’s, there are 12 games in a row, of which 11 are away from home. And that’s playing at 21, coming home at 3 in the morning. It is difficult for the players to be able to play everything. We need help. I hope that one day UEFA or LaLiga will think about the number of games and what they do with the players. It is not normal What has to be played, the trips, the schedules, doing the Super Cup between four teams, in my opinion, is a lot. Each coach has his opinion about the load of matches that the players have. I think this has to stop. killing players. This cannot keep it up. We will have many injuries related to this. It is impossible. Hopefully one day they will make the decision to help the players with their fitness. “

“I remember that they already asked me about this issue. I am not a coach who lets the second goalkeeper play in the Cup. Every week, each tie, I talk to De la Fuente about goalkeepers. There are many things to decide about a goalkeeper before each game “.

“There is always hope. There is a lot of distance from points and they lack a game. We have to keep winning games, but this is very difficult. We are hopeful because we have improved many things.”

READ MORE: Tyler Reks, WWE star, made public his sex change: “This is me, without shame or modesty”

“I remember that I called him when I signed with Barça. I told him that I had a lot of confidence in him. I told him, that he felt important. Although he started without effectiveness, then he has recovered. I have never doubted him. Besides, he has self-criticism. You can’t ask for more from Griezmann. He’s very important to us. “

Dembélé and his physical condition

“For any player, their physical condition is important. I think we are physically very well. If not, we cannot endure a month of January like ours. The work we have done since the preseason has been great. Too bad about the injuries. Physically we are very well and mentally too. Ousmane, I don’t know what happened in previous years, but looking at him this year, physically he’s fine and he’s playing regularly. I have no doubt about his quality. He is a player that I love. He is very involved. , very happy. To continue like this and to help. If one day you need to rest, like the other day, to give the best you have, rest “.

“The only one who can decide his future is Leo himself. I would like him to stay. I see him happy. He gives us a lot of effectiveness and quality. The future is in his hands.”

MORE: Javi, contestant of “The Island of Temptations” revealed the whole truth about his relationship with Georgina Rodríguez

“These are his words. I can only comment on this year, not on previous ones. I can only comment on what has been played today. There are decisions in which we have had no fortune, but I don’t think they are against us. They are decisions of the referee and also has the VAR. I always think that the attitude of the referee is honest. He sees what is whistling and is not in favor of any team. “