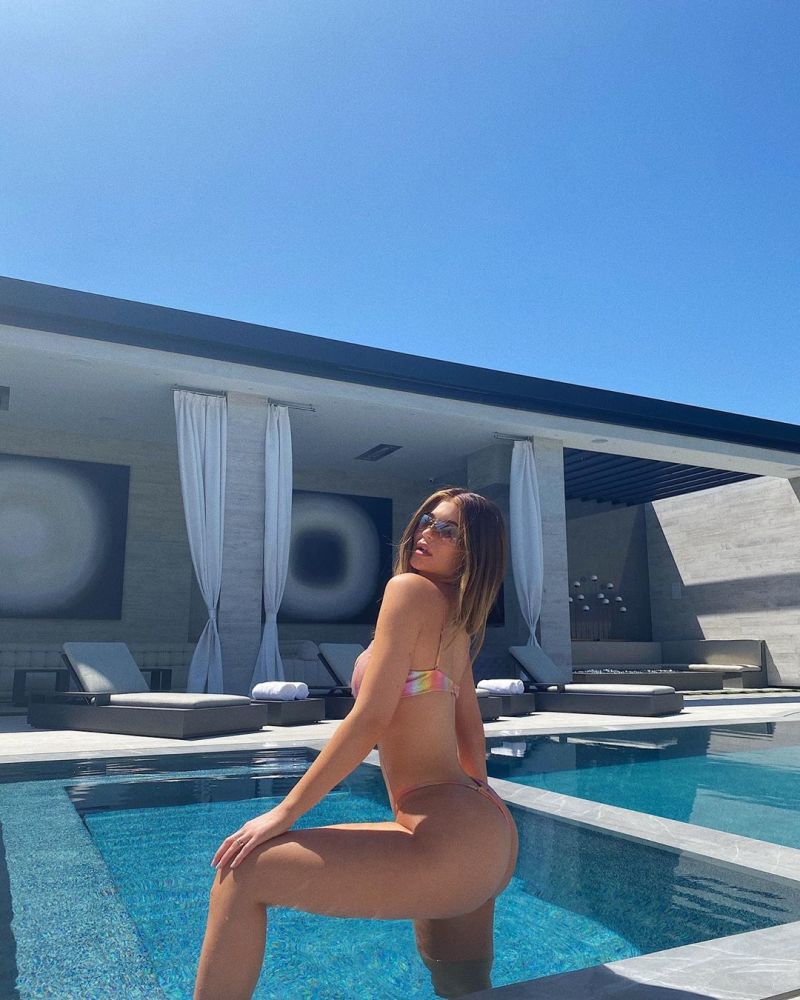 The socialite uploaded a photo in which the edge of the pool betrays the edition of her photo.

A carelessness in editing an image can go unnoticed in the profile of Instagram of a normal girl, but in that of Kylie Jenner just a few seconds means that the whole world finds out that the images went through before Photohsop; This is not the first time that socialite make this mistake.

The makeup businesswoman shared a photo album taken in the pool of her new mansion. One of them had an obvious editing error that their fans noticed immediately, and they let them know. “Kylie, you’re the worst using Photoshop, “they told her.

This is the edited image. At the bottom you can see that the edge of the pool is completely folded.

He deleted the images and replaced them with another album that included more photos, probably trying to make what he had done go unnoticed.

At first she did it, most of the entertainment portals talked about her sensual photos, but little by little this first image began to go viral, which exposed the minor clan Kardashian Jenner.

The young businesswoman was recently seen on the streets of Los Angeles without a drop of makeup, wearing a casual sweater and sportswear. Apparently Kylie She has also forgotten about the diet, since she was seen with chips in hand.

Noticing the cameras, the young businesswoman simply smiled before getting into her car. In accordance with AND! News, apparently broke the quarantine to go out to do some shopping and visit a friend.