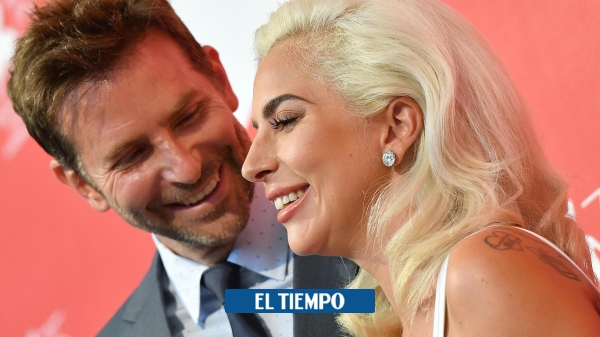 Lady Gaga and Bradley Cooper aroused several rumors about an alleged relationship between them after their heartfelt performance in 'A Star is Born'. To his appearance on the big screen, he added the ruptures between Gaga and Christian Carino, and that of Cooper and Irina Shayk.

Both relationships lasted several years and ended at the time of filming the movie in which Cooper directed the first great performance of Lady Gaga.

These rumors became even stronger after the ceremony 91 of the Oscar Awards. The heartfelt song 'Shallow', the soundtrack of the film, was nominated for Best Original Song, which it won. Cooper and Gaga came up to play it and were as in love as they did in the movie.

Lady Gaga stars in the cover of the latest edition of the magazine 'Elle'. He was talking to Oprah Winfrey who asked about the truth of the rumors that sentimentally linked to Cooper.

The 33-year-old said that everything was a staging. "There are a bit silly journalists … I am an actress and a singer, and we made a love story. Of course I wanted people to feel that I am in love with him," Gaga revealed.

He also accepted that his intention at the Academy Awards ceremony was to make everyone feel that they were as in love as in the movie.

Gaga says that, both she and the 44-year-old actor and director, felt they 'did a good job' when the media and people began to say on social networks that they were dating and had a relationship since filming.

Cooper said in several interviews that he felt a lot of love for Lady Gaga and that, as he told 'EW' in 2018, "there is no detail in my life that she does not know." Likewise, he confessed to 'Time', a few days after the premiere of the film, that they got together very well during filming because "we were both at our most vulnerable point."

However, Gaga denied any rumor that said she and Cooper had some kind of love affair. But, in the interview with Oprah, he revealed details about everything he experienced during filming and after the premiere of 'A Star is Born'.

He accepted that 'going back to real life' was very difficult because he felt very identified with Ally, the character he plays in the movie. He said that several things have happened in his life and in his career he was affected and his role in the film revived several of the most difficult events of his life.