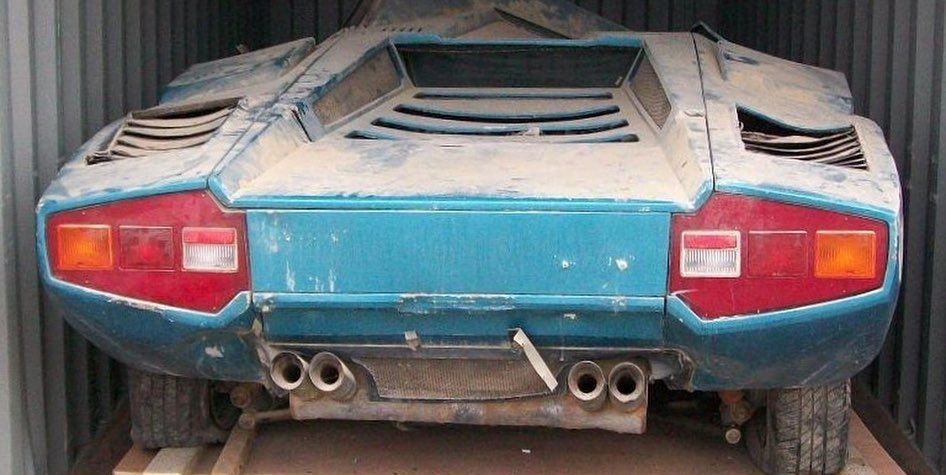 As we already know the world of the barn finds is booming, and that is that on the other side of an old shed or a container you can find a real treasure. This Lamborghini Countach LP400 'Periscope' is the latest demonstration of this, and it is that this exclusive unit of the famous and classic Italian sports car has remained 40 years in the dark, until now.

Apparently saved because of a major accident and forgotten for four decades in a container, this specimen with a striking blue color has been found after all this time in a rather unfortunate state.

Will be born again

However, Swiss specialists at Kidston Motor Cars have decided to get to work with him to restore it and bring it back to life. They certainly have a lot of work ahead.

The LP400 'Periscope' was the first generation of the Lamborghini Countach and also the rarest and therefore most precious for collectors. It was distinguished from subsequent versions by its clean body, devoid of all the huge ailerons and wheel rims of eighties aesthetics that came later. Nor did it have such generous tires as in the following versions, but the 375 hp from a 4.0-liter V12 here performed fully, offering in practice superior performance to those of its successors by having less resistance, although they also did A sportier more unstable and difficult to drive.

In addition with a production that took place between 1974 and 1978 only 158 units were launched. This has made some versions have reached really high sales prices, in fact a similar version was sold at an auction of RM Sotheby´s for a price of 1.21 million euros. Looking at it like this, we understand a little more why Kidston Motor Cars has launched to restore this copy, however diminished once it is finished it can have a very interesting value.