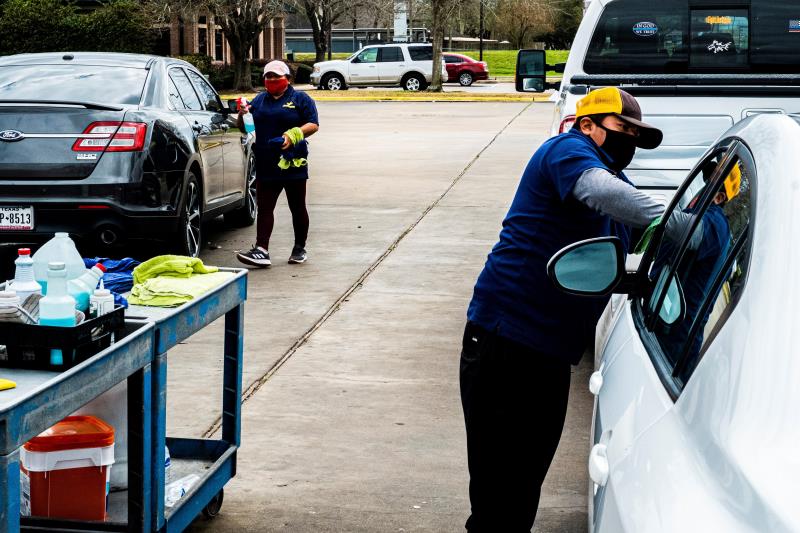 Washington, Jul 15 (EFE News) .- Latinos say that the COVID-19 hit them hard and in many ways, but their optimism is rising and they believe that the worst of the pandemic has passed, according to a report released this Thursday by the Pew Center.

52% of those surveyed indicated that a member of their families or someone close to them was hospitalized or died from covid-19 and 49% indicated that they themselves or their relatives lost their jobs or had cuts in their income since February of 2020.

The report is based on surveys conducted between March 15 and 28 among 3,375 adults who identified as Hispanic, and accepts a margin of error of plus or minus 2.8 percentage points.

Financial tribulations can vary among Latino immigrants depending on their legal status, Pew said. 48% of Latino immigrants without legal permanent residency (green card) have had difficulty paying their bills during the pandemic.

Instead, those hardships affected 35% of legal residents and 26% of those who have already become US citizens.

Despite the severe and substantial economic impact on the physical and mental health of the Latino population, 65% of those surveyed believe that the worst of the pandemic is over.

That optimism is greater among foreign-born Latinos (72%) than among those born in the country (39%).

In this sense, the survey found a tiny difference in the degree of optimism of men (66%) and women (65%).

“Before the coronavirus outbreak in the United States in February 2020, Latinos, for the most part, were dissatisfied with the course of the country, and the proportion of those satisfied dropped to only 22% in August and 23% in October 2020 ”Pew pointed out.

Since then, the opinion of Latinos about the direction of the country has become more positive, reaching 49% in March, 12 percentage points above satisfaction in December, and the highest level since 2012.