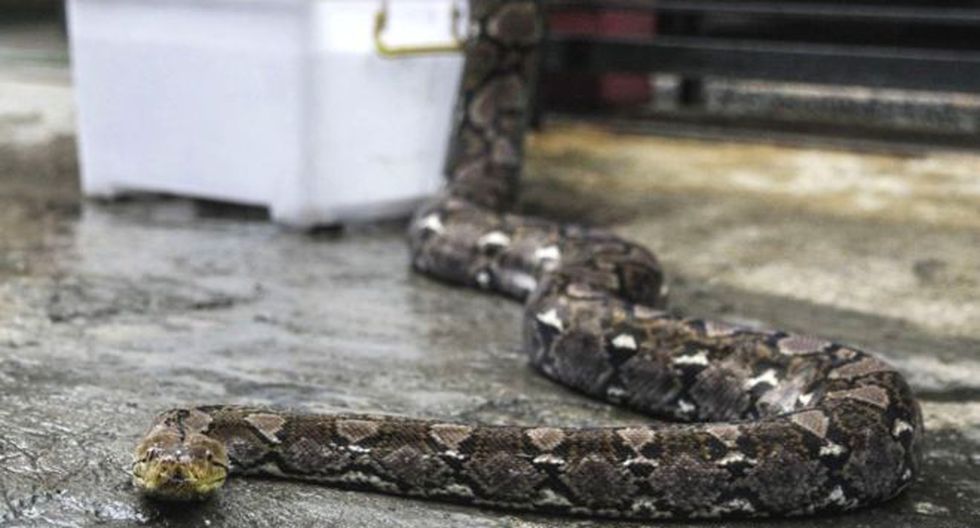 Unconscious and with a 2.4 meter python snake around his neck.

Thus they found a woman from Oxford, United States, when emergency services went to the house where she was on Wednesday. They could not save his life.

►Day of the Dead, the great party that brings together the living and faithful dead in Mexico | PHOTOS

The animal they found next to Laura Hurst, 36, was a reticulated python, considered the longest snake in the world to reach up to 10 meters in length.

But it wasn't the only one: there were approximately 140 snakes in the house.

It is believed that about 20 of these animals were owned by Hurst, who visited the house twice a week.

Kim Riley, a sergeant in the state of Indiana, told CNN that no one lived in the house, that it was equipped only to house the snake collection.

Riley said that, apparently, Hurst "was checking his snakes."

"For some reason, it seems that he took out the snake and was doing what people do with snakes."

Riley said the snake could have caused Hurst's death and it will be the autopsy that determines the cause.

The house where Hurst appeared is owned by Benton County Sheriff Donald Munson, who lives next door.

He was the one who found the unconscious woman on the floor, according to the local newspaper Journal and Courier.

The sheriff said it was all a "tragic accident" and that he was "cooperating absolutely with everyone."

The reticulated python is a species native to Southeast Asia.

He normally lives in the woods and is usually afraid of people, so it is very difficult to be sighted by humans.