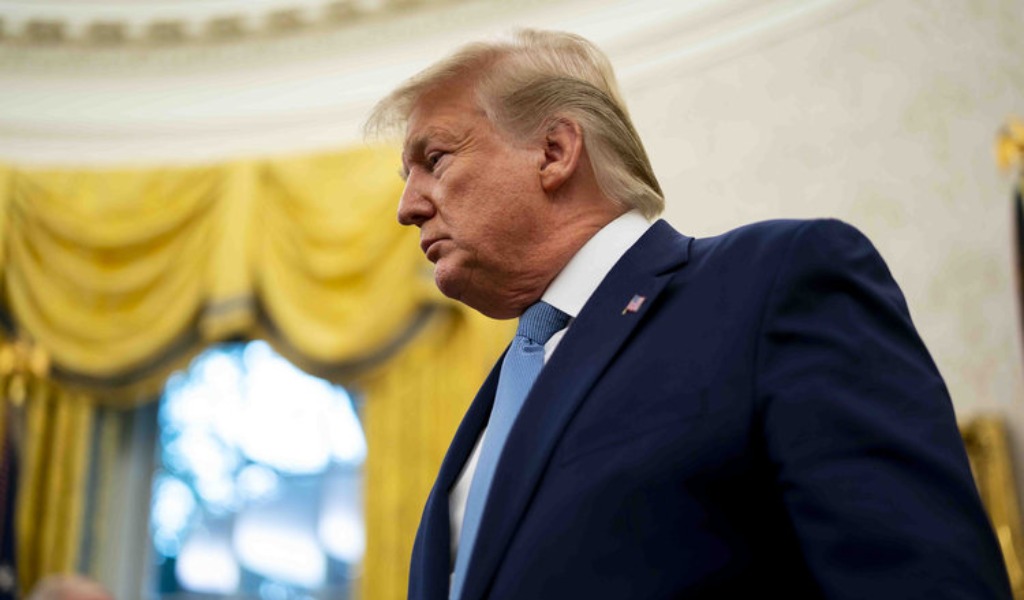 It is no secret to anyone that Donald Trump enjoys behaving like a bully. However, to admire the deployment of his talent to the fullest, one must see how the victim is made.

He is a victim of Adam Schiff. He is a victim of Nancy Pelosi. He is also a victim of all Democrats (seriously) and his own despicable minions (Michael Cohen, Lev Parnas), in addition to the "Deep State," the "fake news media" and the entire elite, whatever that is. mean.

No president in history has received worse treatment than him. And I don't write this phrase out of sarcasm but, rather, as someone who takes dictation, because he himself has said it, and not once, but a thousand times.

His defense against the charges of political trial revolves around his victim complex, a centerpiece in the legal documents presented by his lawyers on January 20 in preparation for his trial before the Senate.

The lawyers refer to a “rigged” process against Trump. They paint the Democratic accusers as unstable people dedicated to tormenting him, too engaged in the goal of destroying him to see that the president's behavior cannot really lead to a process of dismissal. The 171-page document is so drenched in Trumpian self-pity that it drains.

He is so swollen with Trumpian exaggerations that, if he walked, he could barely move. In just one of the pages, his lawyers report the way in which the Democrats used “shameful hypocrisies” to “forge an unusual procedure” and hold those execrable “secret hearings in an underground shelter”, while journalists “without the minor distrust spread a false narrative to the public ”and the poor president was denied all kinds of rights. It is the most heartbreaking of political tragedies. It is a harlequin harangue.

It abounds in the same notions expressed in a legal brief that his lawyers presented last weekend and maintains the same spirit. Two legal experts who collaborate with The Atlantic magazine described the argument as "the howl of an injured animal." Without any problem, that phrase could describe the rest of Trump's presidency, his entire political career and much of his life.

He is always right and, to his misfortune, he is always treated unfairly. He demands that we feel amazed at him because he is invincible even if at the same time he makes us shake his degradation. He is able to defeat any enemy (and his enemies are counted by legions!), But you have to see how they shake him. Trump takes a classic oxymoron and elevates it to the presidential level. Behold, sitting in front of the Resolute desk, the shrimp king.

“It goes back to his childhood,” said Michael D’Antonio, author of “The Truth About Trump.” D’Antonio said that at the military boarding school that Trump attended, he was reputed to complain to the superiors about abuse. “For him it is a strategy. He is convinced, and has said so, that whining can help you get what you want. ”

Timothy O'Brien, writer of Trump's biography entitled "TrumpNation," recalls that in the 1980s, when Trump did not get the support he wanted from Mayor Ed Koch for a huge development in Manhattan, he organized a party to drown the pity that He felt for himself, and he continued to rant against "the system and the local government for conspiring against him."

Trump also manufactured an image of a troubled hero ready to face the dark forces when he acquired a team from the newly created American Football League (USFL) with the intention of competing in the National Football League (NFL). Prompted by Trump, the owners of the USFL promoted a monopoly lawsuit against the NFL.

The trial was a fiasco; the NFL was instructed to pay three dollars for damages. Of course, this did not make him give up; rather, he perfected the strategy for his presidential campaign.

As conservative columnist Rich Lowry noted in August 2015: “According to Trump himself, he is the best and the smartest, at least until they ask him a difficult question; then he kicks, shouts and demands that they tell him how it is possible for someone to dare to treat him with such injustice. ” Lowry named Trump "the most fabulous plañidero of American politics."

"I am the most fabulous wanderer," Trump accepted. "I cry and cry until I get what I want."

He launched operatic laments as November 2016 approached and everything seemed to indicate that he was going to lose against Hillary Clinton. "The elections will be rigged," he said between pots, in the role of victim, as always. Then it turned out that he beat Clinton, but he whined anyway, and insisted, without any proof, that his opponent had received more votes because there were millions of illegal ballots.

Let's cry in chorus for Donald Trump. Poor him! He is the victim of a "witch hunt" unleashed by Russia's alleged support for his campaign, is the target of a "tale" of undue pressure on Ukraine. He, the commander in chief of the armed forces that everyone takes advantage of!

In a key section of the new book "A Very Stable Genius" written by Washington Post reporters Carol Leonnig and Philip Rucker, Trump rains against the high command of the Army because he believes that South Korea and NATO allies exploit United States, and shouts: "They're a lot of morons and babies."

It is disgusting, but it is also part of his political genius. It has become a symbol of the victimization of Americans; convinces frustrated voters who crave easy answers that foreigners hack them and the patronizing custodians of a dysfunctional system are engaged in deceiving them.

He represents them and says he suffers for them, and thus manages to blur the distance between a billionaire with multiple resorts to practice golf and the countless displaced workers who struggle to not lose the only house they have.

Of course, while it is true that they are doing badly, that Trump says the same thing happens is a total fallacy. He began to amass his fortune with his dad's money. He has defrauded his creditors and evaded taxes, his name was linked to a fake diploma factory, he withdrew money from a fraudulent philanthropic work, he ignored the legislation on campaign financing, he was open to Russian interference in the elections of 2016 and tried to obstruct the subsequent investigation, and all this without receiving the respective punishment.

Once again, thanks to Senate Republicans, you will most likely avoid punishment again. We should all learn to become the victims.

The Chinese Drones, The New Enemy Of Donald Trump