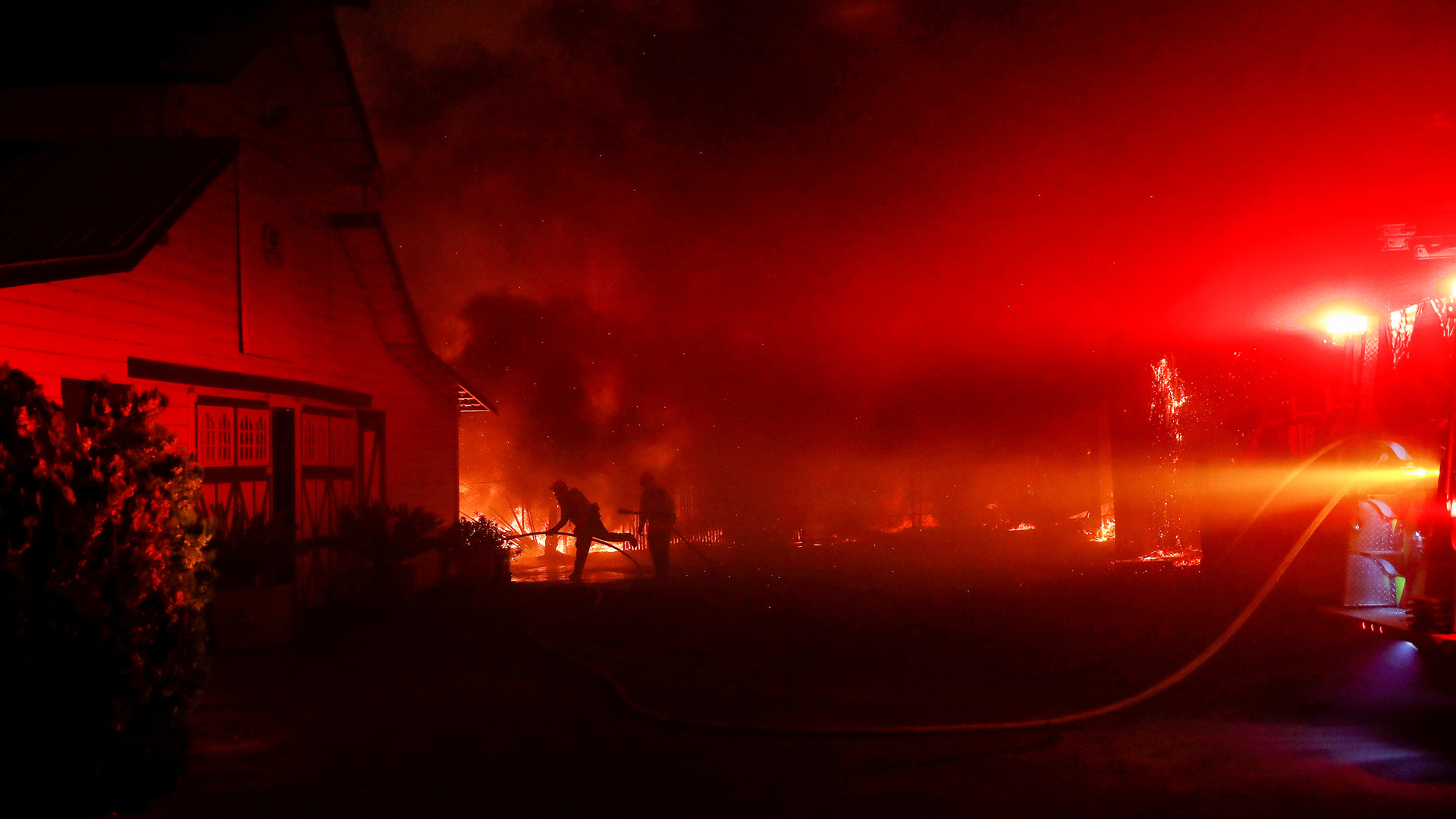 Hundreds of thousands of people are on alert for the forecast that the winds will intensify in the next few hours and further fan the flames of the destructive fires that keep California as a hell from north to south or even start new outbreaks due to extreme dryness of the terrain and high temperatures.

More than half a million will be in the dark in the next few hours before new deliberate power outages to avoid more fires that have not yet claimed human lives, unlike those recorded just a year ago, state authorities said.

The National Meteorological Service in San Diego reported that the region could experience the strongest winds of the season on Tuesday night, while northern residents should prepare for another round of hurricane winds in the next few hours that threaten to land. the little progress of thousands of firefighters fighting the various fires that already consumed thousands of acres of land.

Given this forecast, hundreds of thousands of evacuated people continue to saturate the shelters, more than half a million people could lose electricity again today in another round of preventive blackouts and hundreds of schools will remain closed while air quality continues to deteriorate.

The largest public utility company in the state, Pacific Gas & Electric, announced that up to 600,000 customers will suffer power outages from Tuesday, days after nearly a million people were left in the dark.

Meanwhile, some 200,000 people remain under evacuation order in Sonoma County, north of San Francisco by the Kincade fire that had burned 74,000 acres of land on Monday night, destroyed more than 100 homes, businesses and other buildings. , and smoked the Bay Area.

In the southern part of the state, more than 1,000 firefighters are still fighting new outbreaks that were unleashed Monday night and forced to temporarily close a major interstate highway in northern Los Angeles County and threatens more than 10,000 structures.

"This, unfortunately, is now normal in California," said Scott McLean, of the California Department of Forestry and Fire Protection, about the 16 massive fires that continue to burn in the state.

Precisely, Pacific Gas & Electric acknowledged on Monday that, despite power outages, the power line could have caused two smaller fires in the San Francisco Bay area over the weekend. He also indicated that transmission lines could be responsible for the fire in Sonoma County.

Governor Gavon Newsom criticized PG&E for its preventive closures, saying it wanted to see a "total reform" of the so-called power cuts for public safety.

"Public services must be held accountable and aggressively penalized for their overconfidence" in power outages, he said in a statement.

Newsom has argued that greed and mismanagement led to maintenance problems that require the company to use blackouts during forest fires.

For his part, the president of the utility company, Andy Vise, defended the blackouts and said they prevent "catastrophic events from happening."

"We continue to believe that it is the right thing," he said. "Let's not play dice when it comes to public safety," he added.

At the moment, no deaths have been reported, although at least two firefighters were injured. Last year 85 people lost their lives in historic fires in California.

During the truce that struck the wind on Monday afternoon, firefighters gained ground in the Kinkade fire, which was contained by 15 percent compared to the scarce 5 percent in the early hours of the day.

At an evacuation center in Napa County, Francisco Alvarado, 15, told NBC Bay Area that this was the second time a few years he had to flee his home.

"I'm pretty angry because we have to keep evacuating," he said. "I just want to be home."

Almost 200,000 people evacuated by fire in California. More than two million were without power