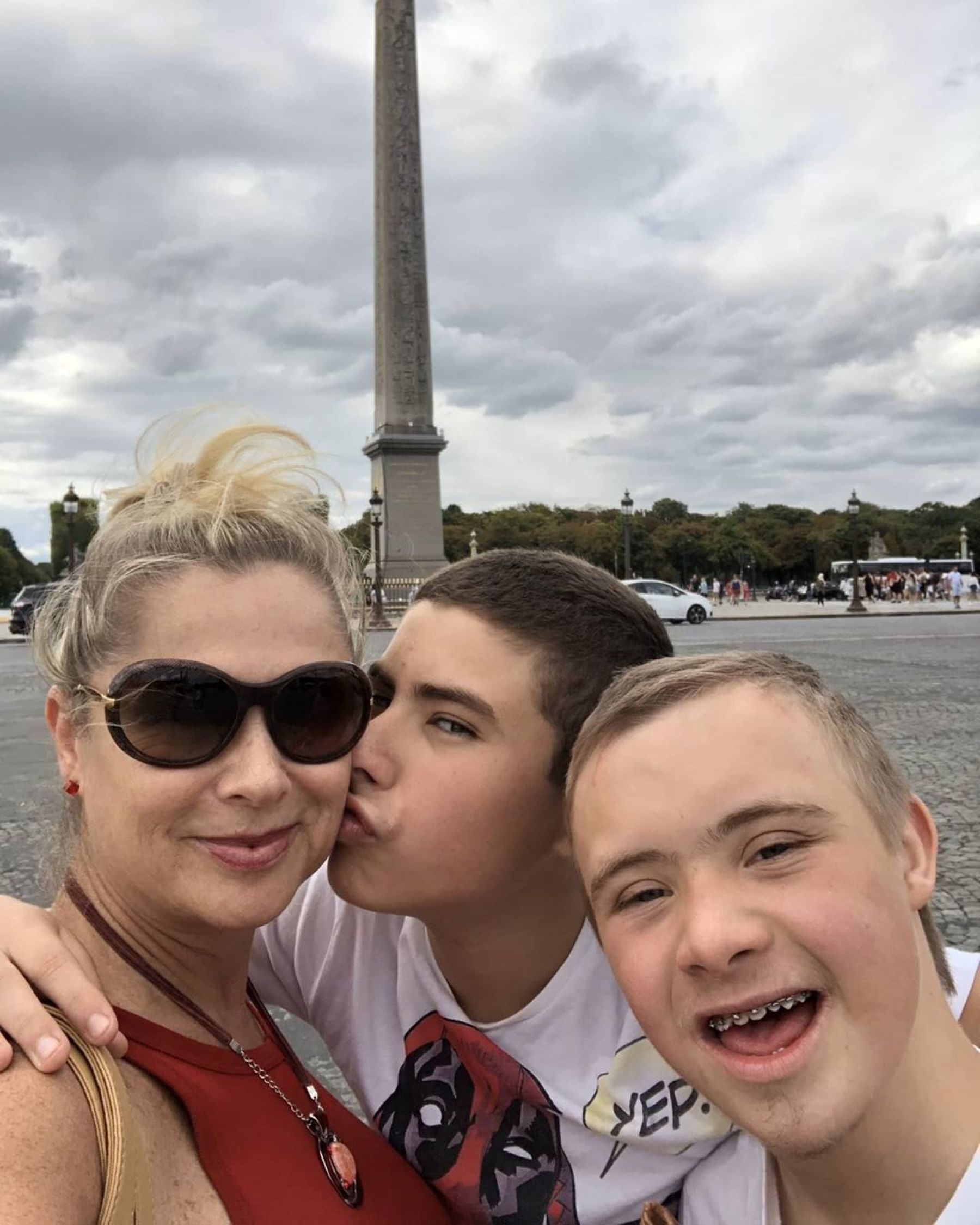 The actress said during the presentation of a soap opera that if necessary, she would accompany her children to jail.

For a couple of weeks, Leticia Calderón revealed that his children , Luciano and Carlo The children he had with Juan Collado, during the time they were married, will not go to the prison where his father has been since last July, because the lawyer does not want teenagers to see him in these circumstances.

But now, in addition, he confessed that young people are also not prepared to face the situation and that they are even afraid to go to visit the current couple of Yadhira Carrillo.

During the claquetazo of Empire of lies, the actress He explained that although she speaks truthfully with Luciano and Carlo, these types of episodes do affect them and that at the time the circumstances arise, she will be the first to accompany her children to the North Reclusorio.

“Yes it affects them in one way or another, neither are they made of stone and no matter how much children they are, it obviously affects them; but I have worked a lot with them, to start we always tell the truth, I talk to them with the truth. So from the beginning it is already a great security that they have, they have no surprises or anything, things as they are (…). No, not now. I think they are also afraid to go, both for you and for what you may face. They have a little fear, they say that if they go, they want to go with me and it is obvious they feel a security, a support, I have always been with them. Obviously the moment in which they have to face this, they need my support and I will be there, ”he told the press.

In the mass of this television project, Leticia explained about Yadhira Carrillo: “I know that she respects my children, that is how it should be and I thank her that she respects my children because, of course, they arrived long before her and it is a responsibility Juan, not her, Juan, and Juan when he could take care of my children financially and I have always said it, he has been a great supplier, and now, well, he is in a position where it is not for pleasure, that is, he didn’t take my money for pleasure, but for this situation and hopefully it will be solved, firstly for his freedom, for his emotional stability, and obviously because I think a lot about my children. ”

Finally, Leticia Calderón He revealed that before this legal situation faced by his ex, they already had plans to ensure the welfare of their children, especially Luciano.

“He is a child with a disability, where we were planning a trust, a kind of thing to be able to protect him tomorrow, fortunately I could already buy an apartment that I am paying month by month, so that at least I have where to live and I am putting all the desire, studying, is in second year of high school and right now we are in exam stage, but I want him to do his high school and if he can his university, so that tomorrow he can sustain himself and that the society of the provide work, ”he finished.