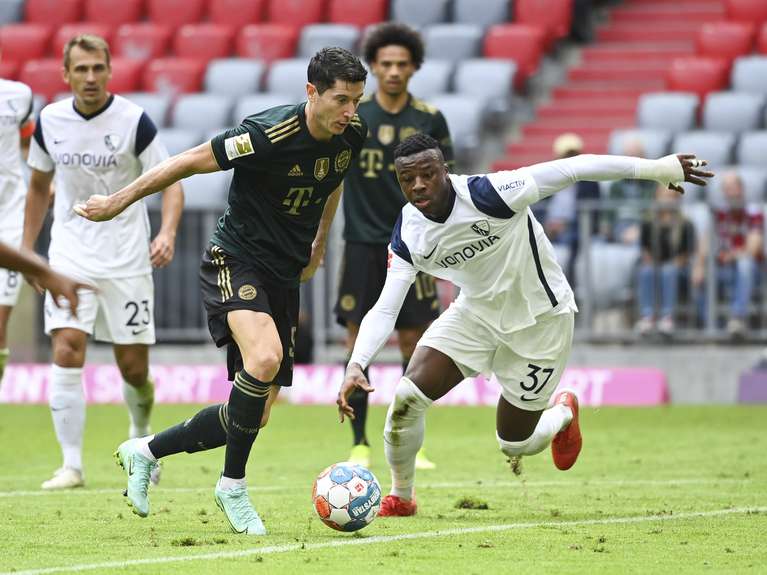 BERLIN (AP) – There were 10 goals in Saturday’s Bundesliga games, with Bayern Munich scoring seven of them.

And there was also a familiar face among the scorers.

Lewandowski increased his streak by scoring to 19 consecutive games in all competitions for Bayern. The Polish star’s second-half goal also enabled him to become the first Bundesliga player to score in 13 consecutive home games.

Bayern were already confident after starting the Champions League on Tuesday beating Barcelona 3-0, while Bochum arrived in Munich after two defeats in the German league.

The visiting team got off to a solid start until Leroy Sané opened the scoring with a brilliant free kick in the 17th minute.

An own goal by Vasilios Lampropoulos completed a forgotten first half for Bochum.

Lewandowski made it 5-0 in the 61st minute to extend his record scoring streak with the German club. He has scored in every game since February 15.

Kimmich scored his second target four minutes later and substitute Eric Maxim Choupo-Moting made it 7-0 in the 79th.

In another match of the day, Florian Niederlechner’s late goal gave Augsburg a 1-0 win over Borussia Mönchengladbach, in the club’s first league win.

Meanwhile, Ondrej Duda squandered the opportunity to score a dramatic game-winner, allowing Leipzig to escape with a 1-1 draw against Cologne.

The draw won’t do much to ease the pressure on Leipzig manager Jesse Marsch, whose team has only had four points from their first five games.