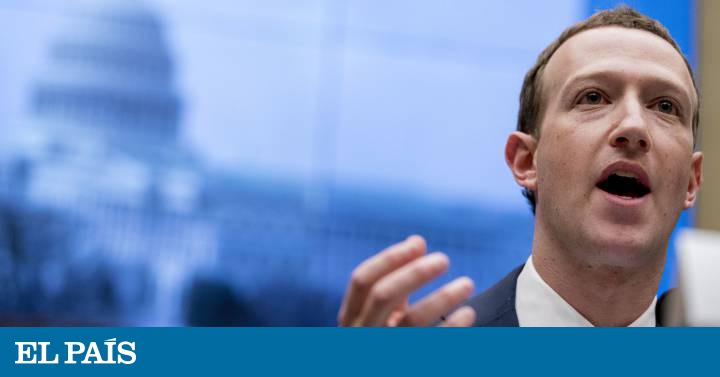 The birth of Libra, the digital currency of Facebook, is not being easy. Visa, MasterCard, PayPal, eBay, Booking, Mercado Pago and Stripe are taken off the ambitious project when faced with greater pressure than expected by regulators in the United States and Europe. The exodus of such important sponsors did not prevent, however, that its governing board was established on Monday in Geneva (Switzerland), from where the payment system will operate.

The disruption is a setback for Facebook, as Wall Street analysts point out, but they don't see it as the end of the initiative. "It's a correction," they say from the Libra Association. The plan remains that the payment system is officially launched in June 2020, although it could be postponed if all the doubts that politicians and regulators are raising on both sides of the Atlantic are not resolved in time.

The first meeting served to establish the bases by which the association that will manage Libra will be governed and the members of its governing board were elected, among which is its co-founder David Marcus. The representatives of the PayU payment system, the venture capital fund Andreessen Horowitz, the blockchain firm Xapo and the non-governmental organization Kiva Microfunds will also have a seat.

Mark Zuckerberg, founder and CEO of Facebook, is scheduled to testify on October 23 before the Financial Service Committee of the House of Representatives. It will be a new opportunity to explain how electronic currency works and its implications. The lack of details, in fact, fueled a wave of criticism from lawmakers and regulators.

David Marcus, the manager of Facebook in charge of the development of this ambitious project, already appeared in July before Congress, but limited himself to ensuring that it will only come into operation when all doubts of financial supervisors are cleared. One of the issues that remains in the air is to identify who regulates Libra. The other is how coins are distributed throughout the ecosystem.

The questions grow around Libra

It must also be determined whether Libra is a currency or an asset. The governing board established in Geneva with the consortium of companies that integrate it initially contemplates in this regard to create a reserve that allows it to be less exposed to price volatility. Jay Clayton, president of the U.S. stock market regulator (SEC), says he thinks it is an asset.

The fear is that the new payment system will reach a size that creates a systemic risk like a large bank. In parallel, there are all issues related to money laundering, financing of criminal activities, security and protection of the privacy of its users. Facebook already faces intense scrutiny for the domain of business related to its social network.

The Zuckerberg company argues that the currency will give access to millions of people who cannot open bank accounts and reduce the cost of international transfers. The participation in the system of global companies such as Visa, MasterCard or PayPal, in turn, allowed it to strengthen the public's trust towards virtual currency and to expand in the e-commerce business.

The original founders were 28 when the project was presented. PayPal was the first to leave. The Facebook payment system is becoming, in turn, a catalyst for global central banks and financial organizations to rethink their role in the new digital economy. That could lead him to undertake reforms that reflect the new reality and face future challenges.