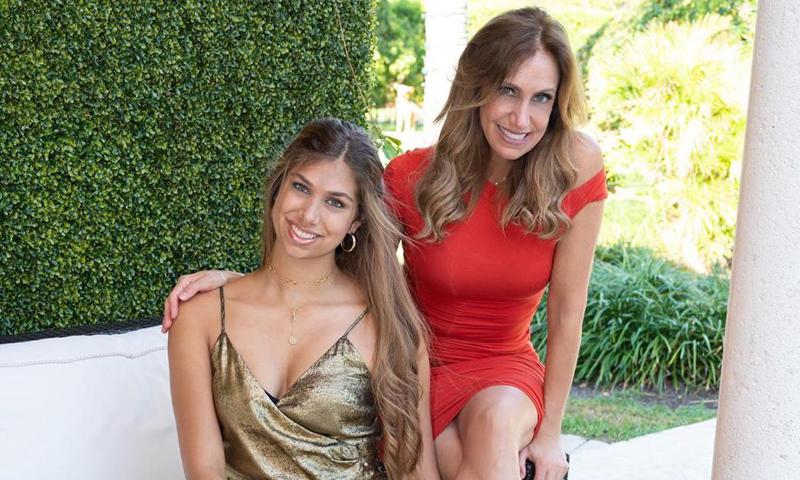 They are days of many emotions for the generation of graduates 2020, and Lili Estefan, along with her daughter Lina , lived this experience never seen before due to a pandemic . In a chat with their instagram followers  , the presenter of El Gordo y la Flaca told how Lina’s last days of school were, which she had to do from home and that they helped her focus on many more things before starting a new stage in university.

By declaring her days at home, Lili turned her home into two schools, a gym, photo studio, and restaurant; all in order to see your children happy.

“Among the things that I lived in the house, was that I turned it into an almost constant study. I turned the dining room table into my daughter’s school. I turned the living room into my son’s university ”, he said happily. “I learned to put it all together in the same place and not get in the way, as we Cubans say,” he added with a laugh.

Lina concentrated on exercising without neglecting her studies. “I have exercised with my daughter like never before, I have walked with both of them like never before. We have done things that we would not normally do, ”said Lili about the days at home with her two greatest loves.

Among the 17-year-old’s interests is cooking, a skill she is very good at and with which she pampers her mother and brother. “Lina has cooked breakfast, lunch and dinner every day,” explained Lili, who sees her so focused on positive things that they couldn’t make her feel more than proud.

And although the pandemic is not easy for the young woman, she changed everything for better thoughts. “I’ve seen her so focused on things. I think that negativity put his brain so focused, his heart in passions that he always had and for which he usually does not have the time, ”said Raúl de Molina’s friend .

The creativity of her children is proud of Lili Estefan

Lili also realized that her children are quite creative, so much so that from day one the two devised ways to exercise at home. “They immediately bought a gym, they put it on the corner of the house,” Lili said happily.

“They got creative. They disconnected the gas balloons that I use in the kitchen and with those they made weights ”, he revealed. “They bought what they could from the gym and what was not achieved, they did it,” he expressed more than happy.