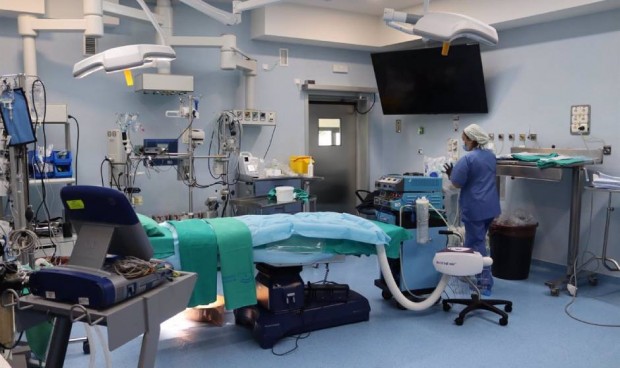 All of humanity has already suffered the ravages of the climate crisis. This is confirmed by the latest report of the Intergovernmental Group of Experts on Climate Change (IPCC), which belongs to the United Nations (UN), which has presented the first part of a rigorous X-ray produced over three years by 234 scientists from 66 countries. The report, far from being a catastrophic portrait of the planet, is a call to action, in which experts recommend applying immediate, forceful and large-scale measures to reduce the emission of greenhouse gases in all fields, including that of Medicine.

The health sector emits 4.4 percent of global greenhouse gas emissions. In fact, if the health sector were a country, it would be the fifth most polluting in the world. Data that ‘force’ both hospitals and professionals themselves to take decisive action to reduce this impact. However, experts agree that environmental initiatives in the health sector also depend on the conviction and sustained commitment of health service providers.

The Medscape portal has compiled the recommendations of several experts from around the world to achieve a “Greener Medicine”. In this sense, María Marta Cozzarín, head of pharmacy and former director of the Ushuaia Regional Hospital, has pointed out that, as far as possible, the maximum number of variables should be considered in the choice. “When we see a drug or other product, we see the tip of the iceberg. The environmental footprint is influenced by the pharmaceutical form, with what material the container is made, what excipients it contains, how many units each box brings, whether or not it requires a cold chain, where it is produced, and so on. As far as possible, these variables must be considered, among others, in the choice, “says Cozzarín.

Cabrera: “Fighting climate change is an ethical obligation for doctors, because it is something that will make humanity sick”

In this sense, Cozzarín underlines that “an important step” to increase the sensitivity of doctors and other health professionals in reducing emissions and caring for the planet is “strengthening environmental education” in universities. “Becoming aware that our actions generate an impact, not only on the environment, but also on the health of the patients we later assist in hospitals, can be a turning point,” adds the expert.

Other colleagues, such as Pedro Cabrera, president of the Medical College of Las Palmas, Spain, affirm that fighting against climate change “is an ethical obligation for doctors, because it is something that is going to make humanity sick.”

For this reason, specialists also consider it “essential” that health professionals introduce small sustainable gestures in their day-to-day life. For example, limiting the consumption of single-use plastics, as well as reducing the use of certain chemical substances, turning off lights and computers when they are not being used, or replacing classic lights with LEDs.

Reduce, repair, reuse, recover and recycle. These are the most sustainable 5Rs that help to consume without wasting and damaging the planet. A guide that can also be applied to biomedical products and treatments, even generating an economic benefit. In this regard, the publication collects that a French expert calculated that if the institutions recovered the precious metals from laryngoscope blades and other disposable medical devices, they could save on incineration costs and earn between 30,000 and 40,000 euros per month.