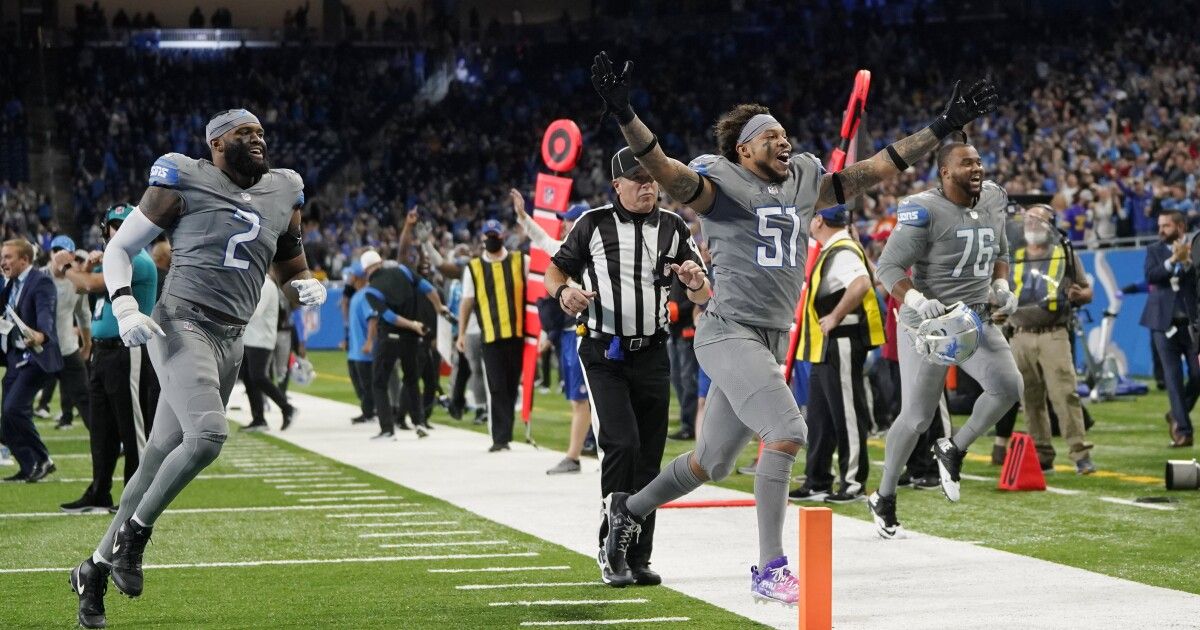 DETROIT (AP) – Jared Goff took a few steps back, looked to the left and threw the ball to Amon-Ra St. Brown, who caught it while sitting in the end zone.

That play sparked euphoria at Ford Field and the party was so loud that it could be heard on the streets of the city.

The Lions finally found the win Sunday when Jared Goff threw an 11-yard touchdown pass to St. Brown on the final play of the game to give Detroit a 29-27 victory over the Minnesota Vikings.

“It feels good to be standing here in front of you,” Goff told reporters before answering their questions.

It was not only a dramatic closure, but a surprising one.

Goff led the Lions on a decisive 75-yard offensive drive with no timeouts after Kirk Cousins ​​put Minnesota up with a three-yard touchdown pass to Justin Jefferson with 1:50 minutes remaining. The Vikings failed to make a two-point conversion for the third time; And those missed opportunities proved costly.

Goff threw two touchdown passes in the first half to lead Detroit by 14 points, their biggest lead of the season. He then turned the ball over twice in the second half to allow Minnesota’s comeback.

In the end, he managed to get ahead by leading a long offensive series and crowning it with an accurate pass to the rookie wide receiver, who took advantage of the fact that the Vikings secondary played too deep in the end zone.

“It was actually crazy. They were three or four yards inside the end zone, ”St. Brown said.

The Lions (1-10-1) ended a 15-game winless streak that spanned 364 days since a win at Chicago last season, giving first-year coach Dan Campbell his first win with the franchise. .

“You want this for the players so much, because they are the ones who put in all the hard work, sweat and tears,” said Dan Campbell, the Lions head coach. “When you lose, it hurts, but that is why winning is great, because it is not easy to achieve.”

The Vikings (5-7) hurt their chances for a wild-card spot in the playoffs by losing a game in which they were favorites to win by touchdown.

Minnesota head coach Mike Zimmer defended the decision to send eight defenders back on the final play, but regretted the secondary did not follow through on the plan.

“We were not covering very well, so we felt the need to involve more players in the coverage,” he detailed.

Kirk Cousins ​​finished with 30 completions of 40 attempts for 340 yards, two touchdowns and one fumble.