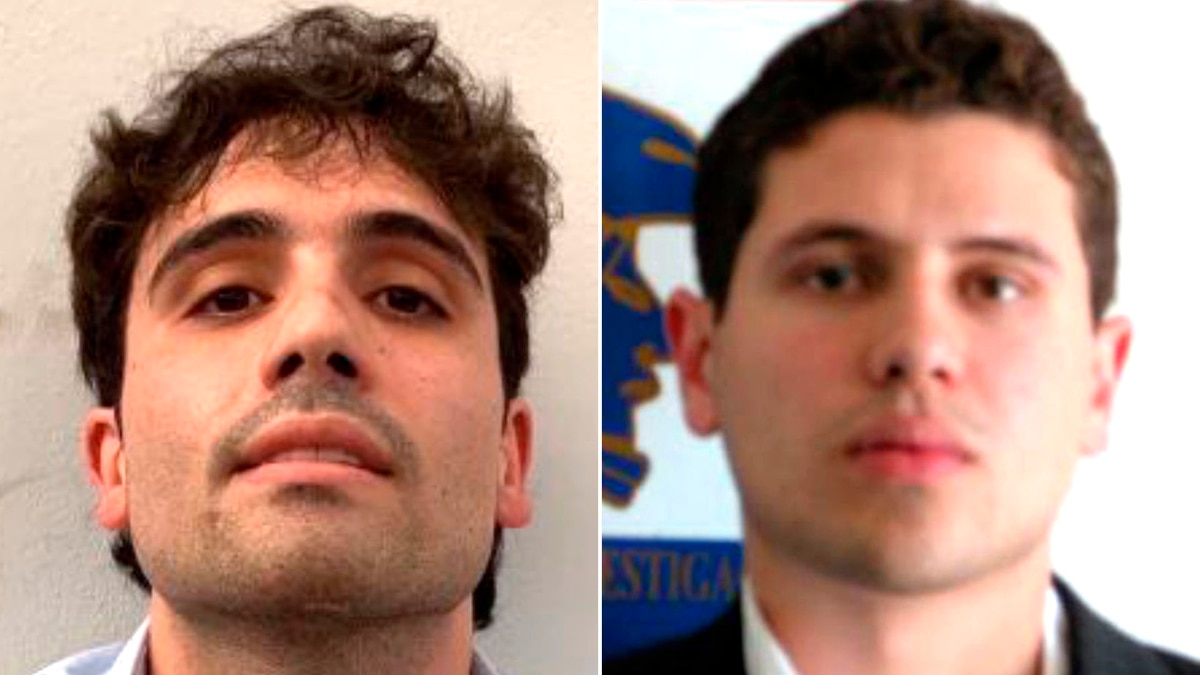 A list of nine of the most wanted drug traffickers by the Administration for Drug Control (DEA) does not include the names of the children of El Chapo, Ovidio Guzmán López and Iván Archivaldo Guzmán Salazar, who last 17 October snatched the tranquility of the inhabitants of Culiacán, Sinaloa, with a series of shootings.

More than four hours of terror lived the Sinaloans, who had to take shelter in their homes, schools, jobs and even their own cars, as a group of gunmen, members of the Sinaloa Cartel led the shootings in the city to free Ovid Guzman, who that day had been held by federal forces.

The last name Guzmán has always been linked to drug trafficking and one of the children of the former leader of the Sinaloa cartel, Jesús Alfredo Guzmán, “El Alfredillo”, does appear in the list of the nine most wanted by the security agency.

It seems that Alfredo has followed in his father's footsteps, since the DEA pursues him for the crime of logistic coordinator of the entry of cocaine into North American territory from Central and South America. As well as conspiracy and export of undue substances.

According to the investigations, “El Alfredillo”, son of Joaquín Guzmán Loera and María Alejandrina Salazar Hernández, allegedly took actress Kate del Castillo and actor Sean Penn somewhere in the so-called Golden Triangle, for the interview with his father "El Chapo".

US authorities want to prosecute Alfredo in a Chicago court for drug distribution. Between 2005 and 2015, Jesús Alfredo collaborated for the transfer of cocaine, heroin and marijuana from Mexico to the border with the United States.

The narcotics were entered into US territory and the money washed and sent to Mexico and other countries.

Other criminals who also seek to capture for various accusations such as drug trafficking or carrying weapons are: Rafael Caro Quintero, Ismael Zambada García, Nemesio Oseguera Cervantes, among others, but the enumeration remains so.

The security agency has Julio Alex Díaz on the number one step, for the crime of possession and attempted distribution of heroin, cocaine and other controlled substances. In second place is "El Alfredillo" Guzmán.

In the fourth place is Rafael El Caro Quintero or also called “El Príncipe”, one of the most wanted Mexican drug traffickers by the United States Government and one of the founders of the Guadalajara Cartel.

His nickname "The Prince" earned it with his peculiar way of dressing, for having money and power.

He is charged with murder of a federal agent, violent crimes and for the alleged possession and distribution of marijuana and cocaine.

El Caro was arrested in 1985, but was released 28 years later in 2013, after a judge said he should not be jailed for the murder of the agent.

Another Mexican on the list is the current leader of the Sinaloa cartel, Ismael "El Mayo" Zambada, who was a partner of Joaquín "El Chapo" Guzmán and after 55 years in the world of drug trafficking has saved himself from sleeping in a prison, because It has never been captured.

It is said that "El Mayo" lives as a low profile person and is dedicated to the field. It is searched in the United States for exporting toxic substances from Mexico to other countries using tunnels, trains, light aircraft and helicopters.

In sixth place is Nemesio Oseguera Cervantes "El Mencho", he is one of the most wanted capos in Mexico and the United States, leader of the Jalisco Nueva Generación cartel (CJNG) and they offer a reward in the US for USD 10 million.

He is accused of his alleged involvement in organized crime, drug trafficking and illegal possession of firearms.

In place seven is Rommel Easter Cypriot for various federal violations. In eighth place is Kenny Jing Ang Chen for distribution of heroin and in the ninth place is Marvin L. Barmes, for the crime of conspiracy to sell and offer drugs.

On October 18, Andrés Manuel López Obrador said that Ovidio Guzmán's arrest was for an arrest warrant for extradition purposes.

"It was a provisional arrest warrant for extradition purposes, issued by a federal judge," he said.