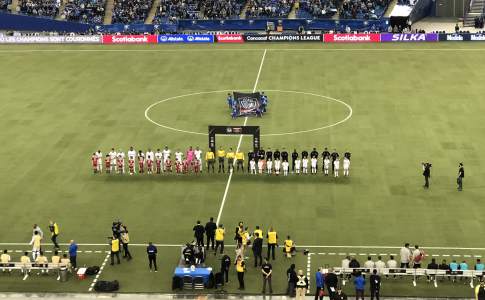 Olympia is beating Impact Montreal 0-1 in the first half by the quarterfinals of the Concacaf Champions League.

In previous duels, Hondurans drew 1-1 in the first leg for Group C on October 21 on the same stage where the faces will be seen again, the Olympic Stadium in Montreal. On the return, the Canadians won 2-1 at the National stadium in Tegucigalpa.

To reach this instance, the Impact eliminated with a 2-2 aggregate to the Saprissa of Costa Rica, advanced by the away goal. Olimpia dispatched the current MLS champion, Seattle Sounders, who beat him on penalties 4-2.

Started! Impact Montreal and Olympia face off for the quarterfinals of the Concacaf Champions League.

Good afternoon. Welcome to the minute by minute of what will be the duel between Impact Montreal and Olympia, corresponding to the first leg of the quarterfinals of the Concachampions.