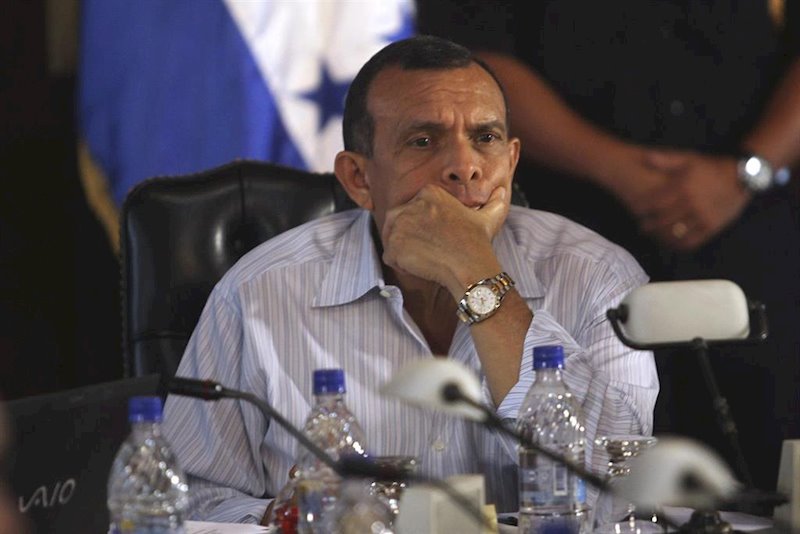 Former Honduran president Porfirio Lobo has proposed to create a special commission with "broad power" to investigate "all" politicians who have been mentioned in the trial held in the United States against 'Tony' Hernández, the brother of the current president, Juan Orlando Hernández, in which he has been convicted of drug trafficking.

"National Congress is forced to create a special commission, with broad power, where each party names a person, so that all the politicians mentioned in Tony's trial are investigated. The Honduran people have the right to know if JOH uses their position as a shield, "he said on Twitter.

Lobo, who ruled the Central American nation between 2010 and 2014, has been included because the leader of the Honduran Los Cachiros cartel, Devis Leonel Rivera, testified in the trial against 'Tony' Hernández that Lobo promised him protection for him and his family and It helped protect drug shipments and launder profits.

Rivera was a key witness in the trial against Lobo's son, Fabio Lobo, who in 2017 was sentenced in a New York court to 24 years in prison for drug trafficking. The Honduran capo hopes that his collaboration in both cases will allow him to avoid life imprisonment.

During the trial, which has been followed with great attention in Honduras, several 'narcos' and collaborators have declared. Former Mayor Alexander Ardon said he was present at a meeting in 2013 at which former Sinaloa Cartel leader Joaquín 'El Chapo' Guzmán gave Hernandez's brother a million dollars in cash for his election campaign.

The Honduran president, who has received his brother's sentence with "great news," has said that these accusations are "one hundred percent" false and has promised to keep up the fight against organized crime.

A federal court in the district of Manhattan last Friday declared 'Tony' Hernández guilty of charges of drug trafficking, possession of firearms and false testimony, for which he could receive between five years in prison and life imprisonment. The exact penalty will be known later.

According to the Prosecutor's Office, the 41-year-old former deputy devoted himself for years to cocaine trafficking to the United States "with total impunity" thanks to his brother's protection, thus contributing to the "rot" of Honduran institutions.