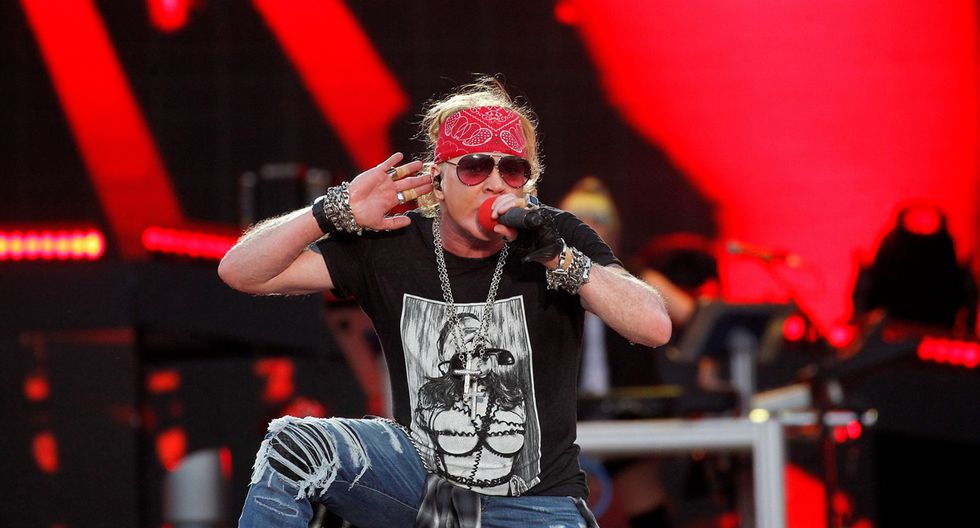 The legendary rock band Guns N'Roses, Lana del Rey and The Strokes head the billboard of the next edition of the Lollapalooza festival, to be held in Chile, Argentina and Brazil in March and April next year, organizers announced Thursday .

The three stages will share the headliners of a festival that over the years has been enshrined in Latin American territory.

In Chile, the tenth edition of Lollapalooza will take place from March 27 to 29. These will be the participating artists:

PARTICIPATE IN TICKETS!
Share the poster using # LollaCL10years, tag 3 friends in the comments and comment on your Top 10 artists🤘
👉 Take advantage of presale 3 before it ends, through @puntoticket 🎟 pic.twitter.com/vPZ58XpiFb

On the same dates as in Chile, the Argentina edition will be held, where the festival will be held for the seventh time. This is the official poster:

From April 3 to 5 the show will move to Brazil, where it will reach the ninth edition with this ‘line up’:

O day tão sonhado chegou: SAIU OR LINE UP, GALLERY !!!
Take advantage of your guarantee or your income #LollaBR 2020 agora!

customers @bradesco and @falanext têm 15% discount on purchase of income at 12/31/19. pic.twitter.com/LFpuH48Yi9

The most striking thing about the billboard is the presence of Guns N’Roses, one of the most important bands in rock history, led by vocalist Axl Rose, guitarist Slash and bassist Duff McKagan.

The rock scene will be completed by the New Yorkers of The Strokes, in this case a more indie and alternative sound that for years has had a phenomenal reception by the public of these three South American countries.

The American Lana del Rey will arrive at Lollapalooza with her new album under her arm, called "Norman Fucking Rockwell", her sixth studio work.

For the media impact and its successful present, one of the main stars of the festival grill is the American rapper Travis Scott.

His commented separation of the model and television star Kylie Jenner and a recent biographical documentary on Netflix have placed him in the front line of media attention and in social networks, circumstances that add to his musical successes.

One of the surprises of the Lollapalooza cartel is the Californian Gwen Stefani, who debuted at the festival as a soloist with her hits and pop classics of No Doubt, the band she led until the beginning of this century.

In the field of electronic music, Lollapalooza 2020 will have two heavyweights of the genre: the Dutch Martin Garrix and Armin van Buuren.

They complete the billboard Rita Ora, Vampire Weekend, Cage the Elephant and James Blake, among others, as well as local artists in each of the three countries.

In Chile, the scene of the festival will be the O’Higgins Park in Santiago, in Argentina the San Isidro Racecourse in Buenos Aires and in Brazil it will be held at the Interlagos Autodrome in Sao Paulo.