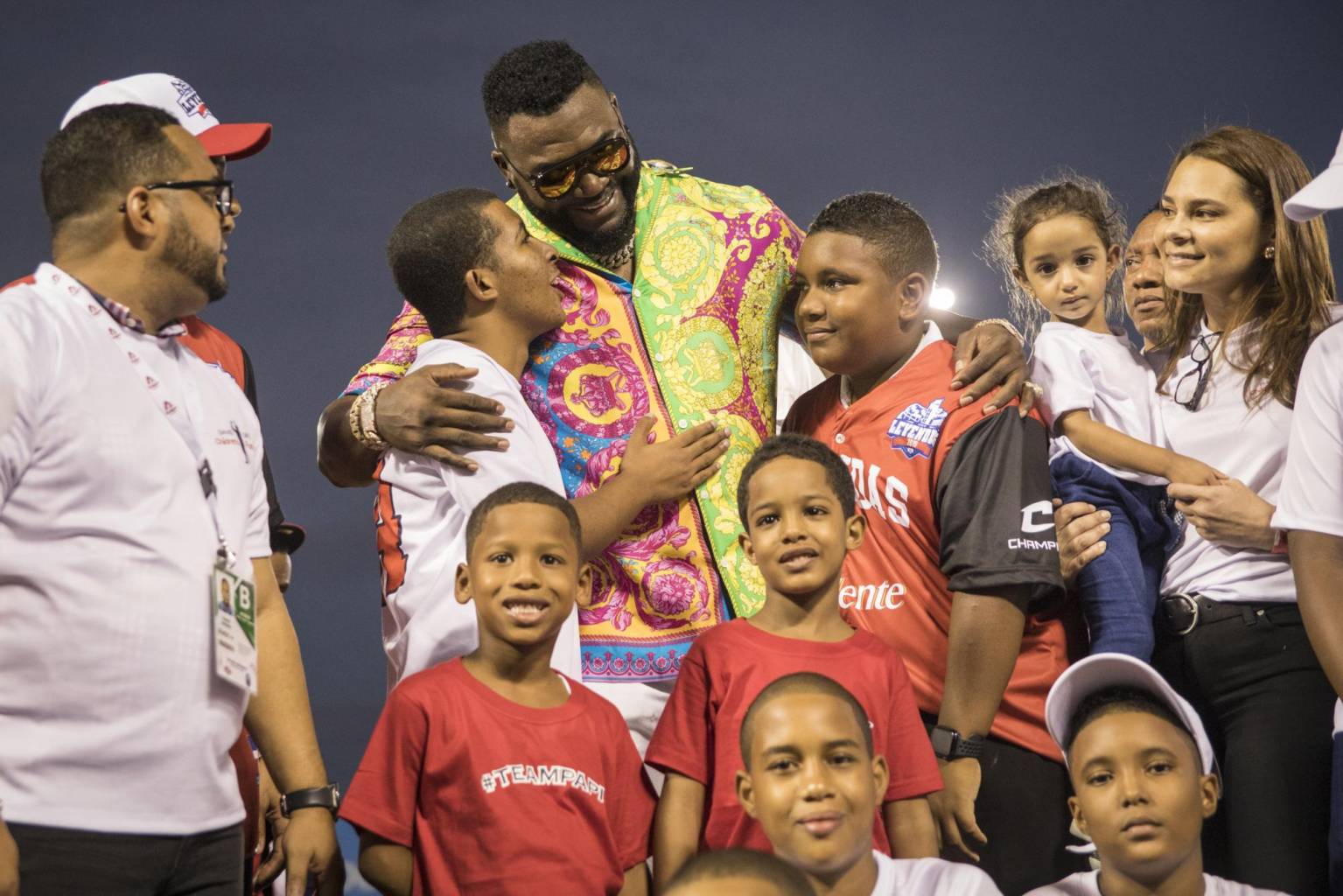 Boston Red Sox extoletero David Ortiz made his first public appearance in his native Dominican Republic on Sunday, almost six months after he was shot in what authorities call a case of misidentification.

Ortiz received a standing ovation at his entrance to the Quisqueya Juan Marichal Stadium for the Game of Legends, an event held next to the Home Run Derby, where Dominican players and former professional baseball players participate.

“Long live dad God and long live the Dominican Republic!” Said Ortiz in the mound of the most important stadium in that country.

He thanked the support he has given the fanatic, his fellow baseball players, and the press in recent months.

"Well my brother well, happy to be here with my people, thank you," he told The Associated Press before the meeting, in which he did not participate.

Also present were players such as Pedro Martínez and Juan Marichal, members of the Hall of Fame, the current second baseman of the New York Mets, Robinson Canó, and the gardener of the National champions of Washinton, Juan Soto.

Ten times selected to the All-Star Game and three-time World Series champion, Ortiz helped the Red Sox put an end to an 86-year drought without titles in 2004 and hit .688 in the 2013 World Series against the Cardinals of San Luis, in which he was named the Most Valuable Player.

Ortiz retired at the end of the 2016 campaign with 541 home runs, and his number 34 was removed by the Red Sox.

The Dominican maintained his residence in the Boston area and spent part of the year in the Dominican Republic, where he was often seen when he was washing his cars or spending time with friends, including other players and artists.

He was seriously injured on June 9, when a hitman hired by a drug dealer allegedly confused him with another person while in a bar in Santo Domingo, according to authorities. They pointed out that the original objective was Sixto David Fernández, a cousin of the man who had allegedly organized the attack.

The authorities indicated that the hitmen confused Ortiz with Fernández. Both were friends and were sitting at the same table at the time of the attack.

Dominican authorities said the attack was ordered by Victor Hugo Gomez, who allegedly has ties to the Mexican Gulf cartel. Gomez wanted to kill Fernandez because he believed his cousin had denounced him with narcotics researchers in the Dominican Republic in 2011.

Doctors in the Dominican Republic removed Ortiz's gallbladder and part of the intestine after the attack, and subsequently underwent more operations in the United States.

"I thought I would not see here again," said Filvia Nunez, a fan who went to the stadium and said she was surprised to see David.