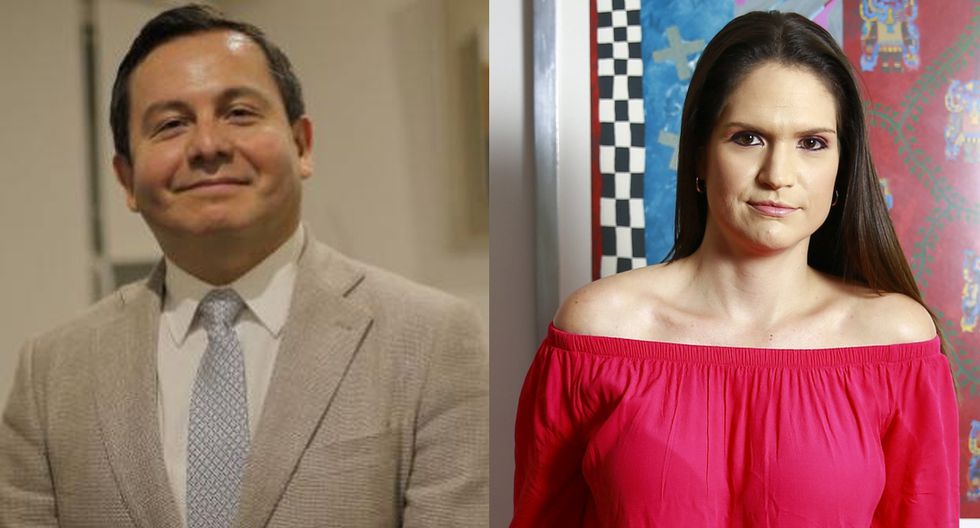 Almost two years after the complaint of aggression filed by journalist Lorena Álvarez against her former partner Juan Mendoza Pérez, the Judiciary scheduled the start of the trial for the alleged crime of minor injuries due to family violence.

►Lorena Álvarez: “I don't hate Juan Mendoza, justice will take care of it”

►Lorena Álvarez: Juan Mendoza was sentenced to prison for defamation

Through a judicial resolution, the head of the 16 Criminal Court for Free Prisoners, Flor Mío López, scheduled the hearing for the presentation of charges for next Wednesday, November 13 at 9 a.m.

Divine justice is perfect. And as a devotee of the Lord of Miracles that I am, today in procession, I can only feel blessed upon arriving home and finally, more than 2 years after my report of aggression, this November 13 will begin the trial against my aggressor . Thank you

It should be remembered that in October 2017, Lorena Álvarez filed a complaint against her ex-partner for physical and psychological attacks made on several occasions. According to his version, on September 28 of that year, Mendoza Pérez looked for her and hanged her at home. "I could kill you, but I'm not going to kill you because I love you," the journalist said about the threats she received.

The following year, in December 2018, the First Provincial Prosecutor of San Isidro formalized a criminal complaint against the economist for the accusation of aggression that his ex-partner filed. In addition, the tax resolution definitively filed the complaint that Juan Mendoza made against her also for aggression.

On June 10 of this year, the Judiciary ordered a year of suspended prison for Mendoza Pérez, for the crime of aggravated defamation against the journalist Lorena Álvarez. In addition, a repair of 15 thousand soles was ordered.

After being notified of the audience schedule, the journalist said she feels satisfied because she believes that coming to trial is a victory, taking into account that many other cases only remain at the level of police report or tax investigation.

“We must celebrate that the trials begin. I feel that I am in the final battle, and although it will take me several years I feel that I will finally have justice. Victory is the struggle, not letting the system silence you. I had to be behind but the fact that he has advanced and that he is going to be prosecuted is a victory, "he told El Comercio.

On the other hand, Lorena Álvarez questioned that her ex-partner has not complied with signing the control book for the suspended prison sentence that weighs against her and the payment of a civil reparation of 15 thousand soles.

“The resolution says that he had to sign every 60 days, but he never came to sign or paid the civil reparation. He (Juan Mendoza) appealed the sentence arguing that he lives in Californa (United States) but moved when the processes were still underway, "Lorena said.