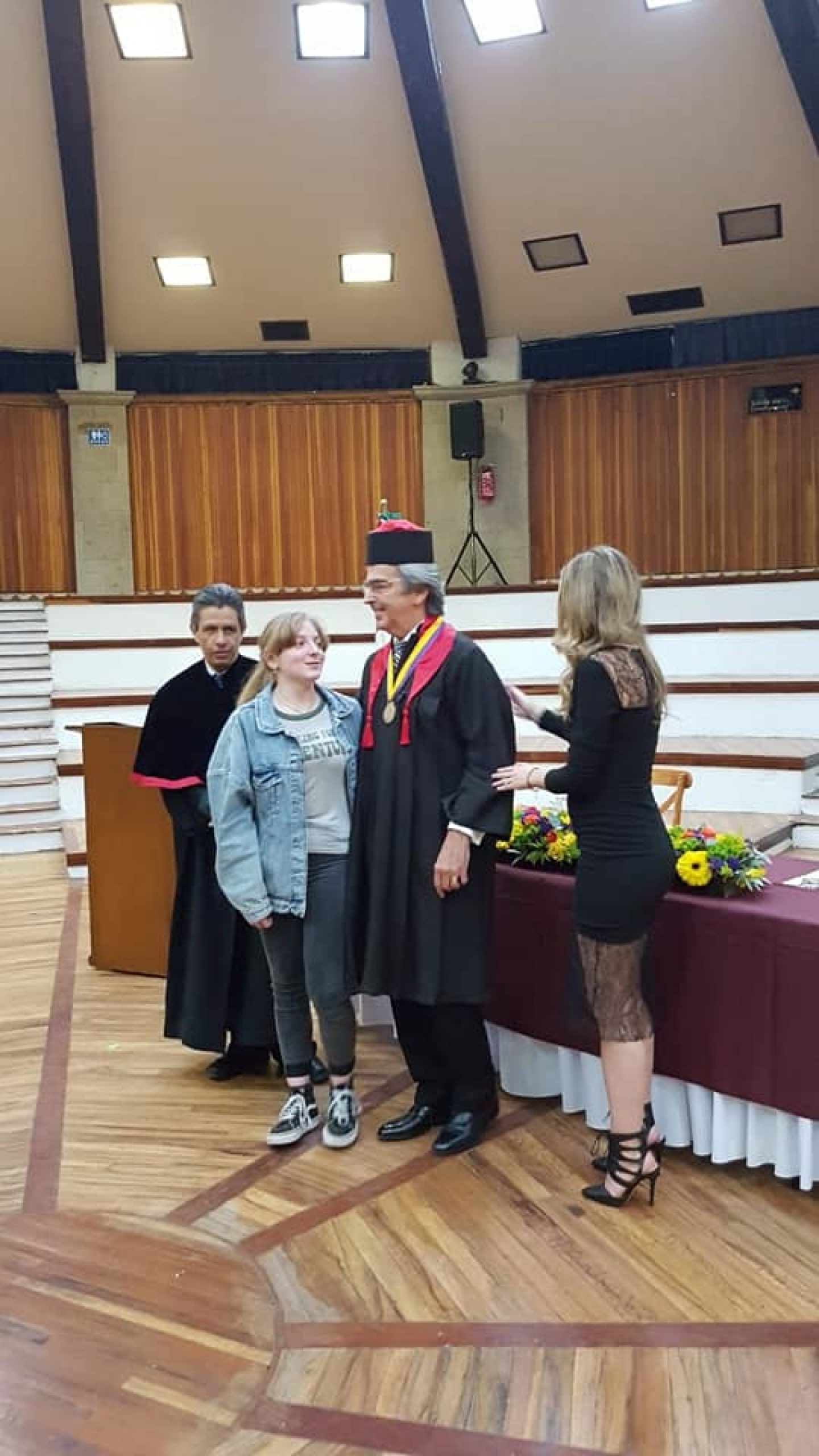 The economist received recognition for his career as an entrepreneur and the daughter of the late actress was present at the event.

Although nine months have passed since the death of Edith González, the bond they forged Lorenzo Lazo and Constanza Creel continues to strengthen, and is that recently the economist received recognition honoris causa, It was given to him thanks to “his extensive professional career, extensive knowledge and activism in favor of democracy and human rights.”

On several occasions, Lorenzo has referred to Constanza as his daughter and it was to be expected that on such an important day for the economist, the teenager would be present.

During his chair of acceptance, Lazo Margáin proposed a constitutional reform to the corresponding articles so that the precept “effective suffrage not reelection” at the presidential level is reiterated, in addition to declaring himself in favor of the incorporation of the Sea of ​​Cortez or Gulf of California as the sovereign maritime territory of Mexico.

The businessman was also accompanied by his daughter Lorenza Lazowhat Who recently shared on his social networks that he is expecting his first baby , together with her husband, Diego Bally.

To the event that took place in the International Conference Center

Recently, Lorenzo Lazo sent a statement signed by his legal team, Schutte & Delsol Gojon Lawyers, in order to cope with recent allegations of discrimination to which he has been subjected , by Cristina Daniela Baica he pointed out that he had committed discriminatory acts against her.

According to the version of the woman of Romanian origin, they communicated via WhatsApp in order to make a photo shoot of which she would be a model.

“He suggested that I go to a hotel … I told him before I saw him that he had a few extra kilos and he told me that there was no problem,” the woman said in an interview for the program. Come joy last February 11.